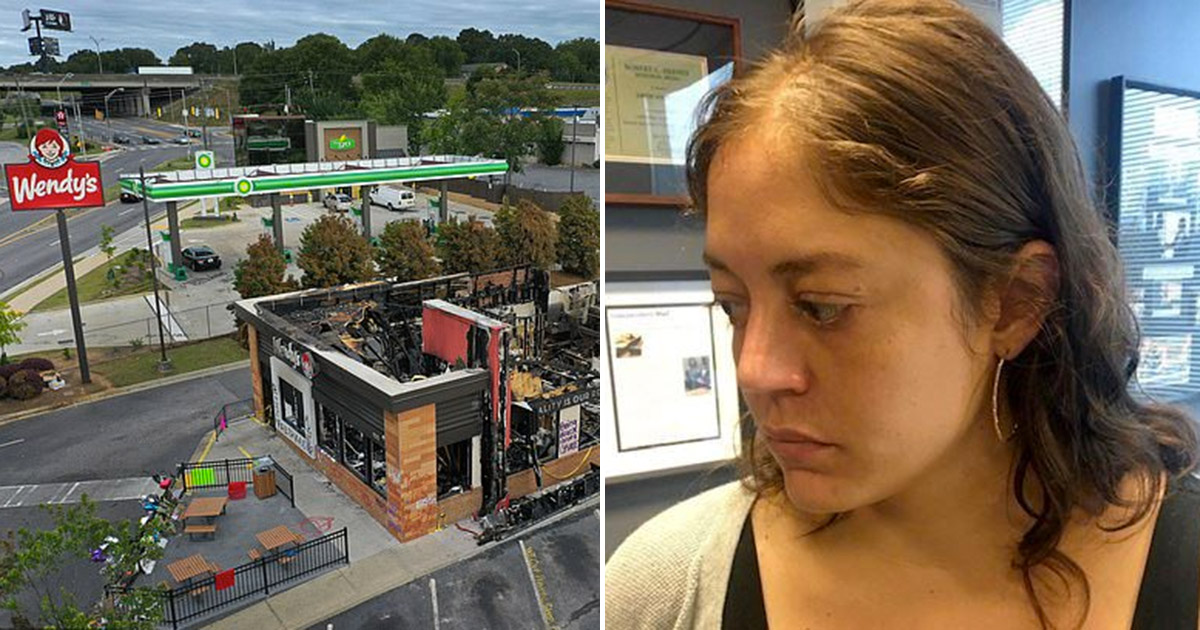 The woman suspected of setting fire to the Wendy’s where Rayshard Brooks was killed by an Atlanta police officer earlier this month has been arrested.

The Fulton County Sheriff’s Office confirmed in a tweet Tuesday afternoon (Jun. 23) that 29-year-old Natalie Hanna White was in custody and being booked into the county jail. She’s facing charges of first-degree arson.

According to the AJC, White had been seen earlier in the day in Gwinnett County and investigators tracked her to her attorney’s office in Buckhead, where she was arrested just before 3 p.m.

Brooks’ funeral was also held Tuesday and just so happened to be in progress when White was arrested.

An arrest warrant was issued Saturday (Jun. 20) for White, who authorities believe may have been linked to Brooks.

In body camera footage that was released, Brooks could be heard telling officers that Natalie White was his girlfriend, and they’d been having drinks earlier. Their relationship has not been confirmed.

Brooks was shot and killed by an Atlanta police officer in the Wendy’s parking lot the night of Friday, June 12th.

After he failed a field sobriety test, he got into a scuffle with officers, grabbed one of their Tasers and was fatally shot as he tried to run away.

Bystander video of the shooting went viral and sparked protests around the restaurant.

White is believed to be among “multiple suspects” who started the fire that destroyed the restaurant the night after the shooting.

According to investigators, the fire was started by aerosol cans and lighters, and several fireworks were also set off inside the restaurant. Investigators also said some protesters tossed debris into the building before setting it on fire.

Garrett Rolfe, the officer who shot Brooks twice in the back and killed him, faces felony murder and other charges, while the other officer involved in the incident, Devin Brosnan, faces aggravated assault charges. Brosnan was placed on administrative leave after the shooting, while Rolfe was fired.