GOSSIPONTHIS.COM News Natalie White, Woman Suspected of Burning Down Atlanta Wendy’s, May Have Been... 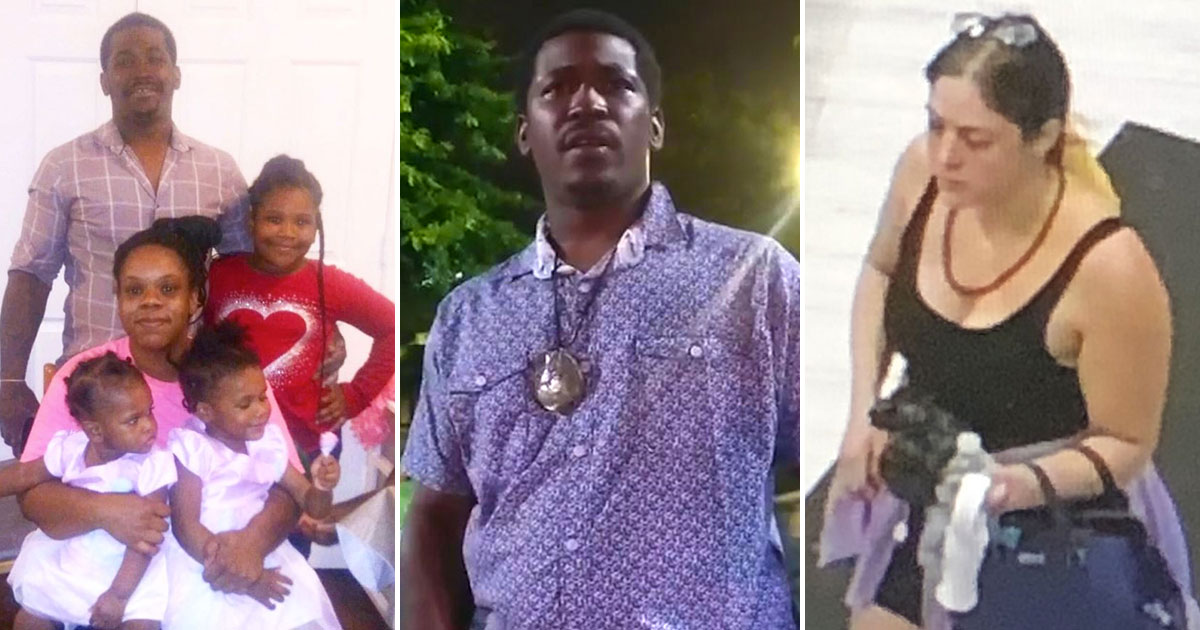 Investigators with the Atlanta Fire Rescue Department said Saturday (Jun. 20) that they have issued an arrest warrant for a 29-year-old woman named Natalie White in connection with the fire that destroyed the Wendy’s restaurant where Rayshard Brooks was killed by an APD officer.

“An arrest warrant has been issued by Atlanta Fire Investigators for Ms. Natalie White,” the Atlanta Fire Rescue tweeted.

An arrest warrant has been issued by Atlanta Fire Investigators for Ms. Natalie White. She has been identified as a suspect in the arson fire that burned down the Wendy’s Restaurant (125 University Ave) on Saturday, June 13th. Call 404-577-TIPS or 1-800-282-5804 with any info. pic.twitter.com/Xu6W2hgOi6

Brooks was shot in the back and killed by now-former Atlanta police officer Garrett Rolfe last Saturday (Jun. 13) in the Wendy’s parking lot.

Rolfe and the other cop involved in the shooting, Devin Brosnan, were fired from the department and charged in Brooks’ murder.

Now, it’s being reported that Natalie White and Rayshard Brooks may have known each other … and White may have even been Brooks’ girlfriend.

“Investigators are working with the idea that a suspect in the arson fire that burned down an Atlanta Wendy’s restaurant may be linked to Rayshard Brooks,” CNN reported.

“In bodycam video that police released last week, Brooks can be heard telling officers that White is his girlfriend.”

Fox 5 reporter Randy Travis noted that in the officer’s bodycam footage, which was released to the public not long after the shooting, Brooks repeatedly referred to a woman named Natalie White as his girlfriend.

“On the bodycam video, Brooks repeatedly refers to a Natalie White as his girl friend who had recently dropped him off. We asked the suspect’s mother if her daughter knew Brooks and got no comment,” Travis wrote on Twitter.

“Authorities will not tell us whether the two Natalie Whites are the same, or whether Brooks even had someone drop him off at the Wendy’s that night.”

Authorities will not tell us whether the two Natalie Whites are the same, or whether Brooks even had someone drop him off at the Wendy's that night. @FOX5Atlanta

The bodycam footage from the night of the incident does, in fact, show that Brooks mentioned the name “Natalie White” a total of three times, and he twice said that she was his “girlfriend.”

He said that they’d had drinks earlier in the night, and insinuated to officers that she dropped him off at the Wendy’s, and he went to the drive-thru to get a burger.

It’s an interesting development, considering the fact that Brooks had been married to a woman named Tomika Miller for the past eight years and they shared three children: 8-year-old Blessing, 2-year-old Memory, and 1-year-old Dream. Brooks also had a 13-year-old stepson, Mekia—Miller’s child from a previous relationship.

Ambrea Mikolajczyk—Brooks’ former boss from a construction company in Toledo, Ohio—called Brooks an “amazing individual” who “took care of his family and friends.”

Miller mentioned during a press conference Wednesday (Jun. 17) that with Father’s Day just around the corner, she was especially hurt knowing that Brooks wouldn’t be around to celebrate.

“I’m really hurt. Father’s Day is coming up and all I can do is think about what if my husband was still here,” she said.

Earlier today, TMZ reported that Rayshard’s widow was surprised with a brand new, fully paid for car on Friday (Jun. 19), plus life insurance for their three children and full ride scholarships to attend Clark Atlanta University.