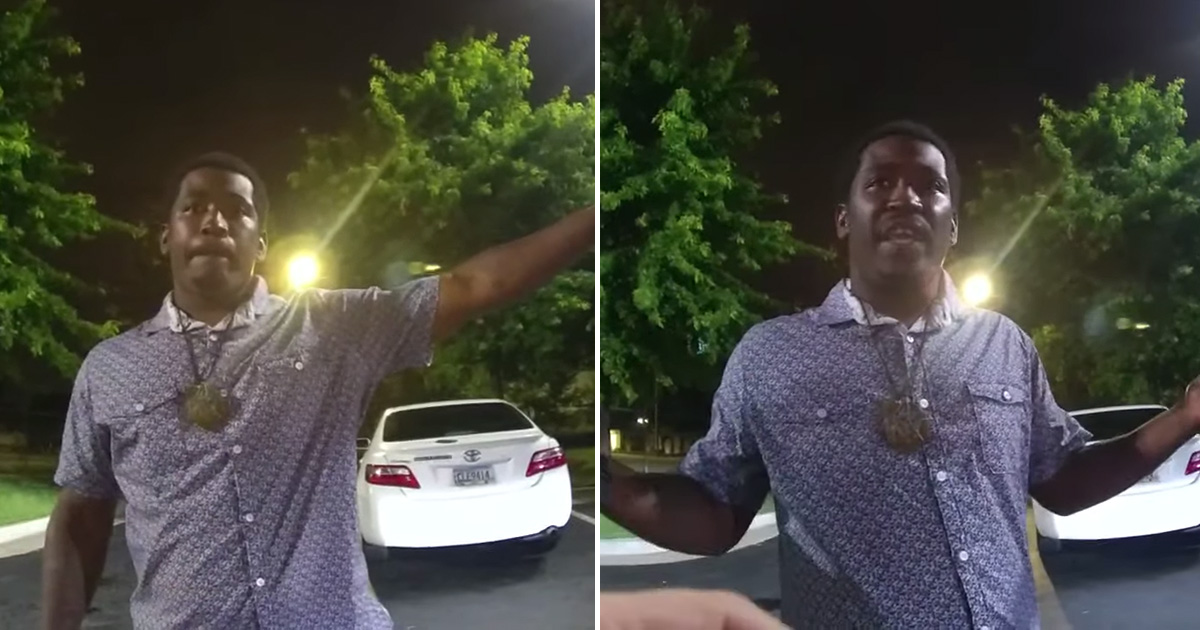 The Atlanta Police Department has released bodycam footage showing Rayshard Brooks talking to police in a Wendy’s parking lot moments before he was shot in the back and killed.

Rolfe suspected Brooks had been under the influence of alcohol while operating a vehicle, though when cops arrived on the scene, Brooks wasn’t driving because he had fallen asleep in his car while in the drive-thru.

Rolfe tried to get Brooks to admit he’d been drinking and driving and pressed him to take a field sobriety test.

Brooks said he’d had “one-and-a-half” drinks during his daughter’s birthday party, but that was it.

After Brooks basically admitted to being drunk, Rolfe asked him to take a breathalyzer test

Brooks said he didn’t want any trouble and offered to leave his car behind and walk to his sister’s house, which he said was just minutes away.

“My sister’s house is right here,” Brooks told the officer as he begged him to let him go without incident.

Rolfe clearly took that as a confession that Brooks was unable to drive, and after administering the breath test, he tried to place Brooks into handcuffs.

A brief struggle ensued, and the officers attempted to tase Brooks twice. Brooks was able to grab one of the officer’s tasers and ran way. Seconds later, he was shot in the back three times.

Brooks was reportedly still alive by the time paramedics arrived, but died during surgery in the hospital.

Officer Garrett Rolfe was fired and Devin Brosnan has been placed on administrative duty.