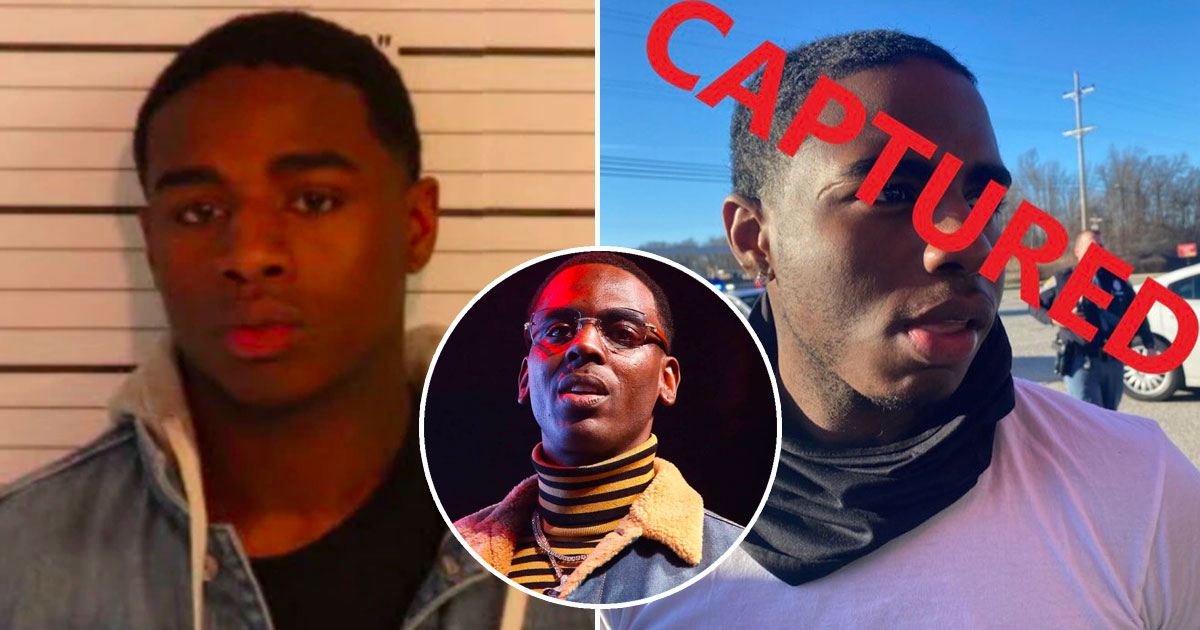 Justin Johnson, the man who police believe shot and killed Young Dolph at a Memphis-area cookie shop back in November, is finally in custody after a weeks-long manhunt that resulted in his capture and arrest.

According to reports, Johnson, 23, was taken in by U.S. Marshals Officers Tuesday afternoon around 3 p.m. in Indiana.

Johnson was wanted on a bunch of charges out of Memphis, including first-degree murder for Dolph’s shooting death.

As we previously reported, authorities announced last Wednesday (Jan. 5) that Johnson was wanted for the murder of Young Dolph.

Johnson, a Memphis-area rapper who goes by the name Straight Dropp, took to social media Saturday (Jan. 8) and shared via his Instagram story that he planned to turn himself in on Monday, while also claiming his innocence … but instead, he ended up releasing a music video that has since racked up over 200K views on YouTube.

His Instagram, which had grown to nearly 80K followers, has since been disabled.

Prior to his arrest, Johnson was listed on TBI’s “Most Wanted” list with a $15K reward being offered in his capture.