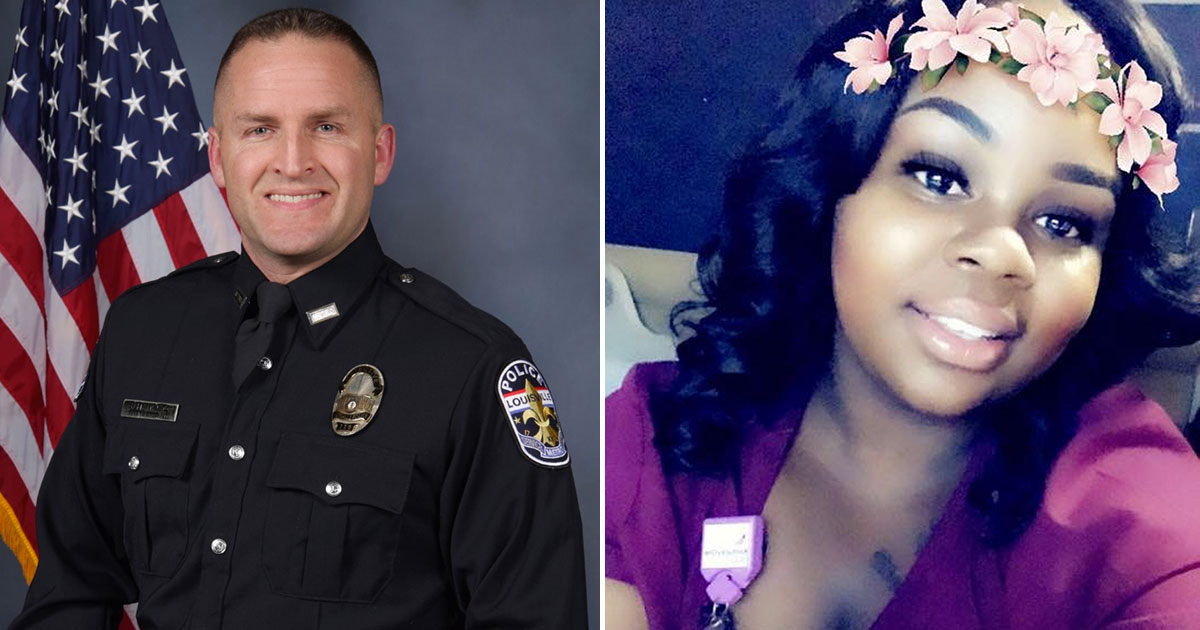 Brett Hankison, one of the three Louisville police officers involved in the tragic shooting death of Breonna Taylor, has been fired.

In a letter to the disgraced officer, interim police Chief Robert Schroeder said Hankison “violated obedience to rules and regulations” and “displayed an extreme indifference to the value of human life” by “blindly” firing 10 rounds into Taylor’s home.

The chief also called Hankison out for firing upon someone he didn’t know posed a threat, and also for shooting through a patio door without knowing who or what was on the other side of it.

“I find your conduct a shock to the conscience,” Schroeder wrote. “I am alarmed and stunned you used deadly force in this fashion.”

Schroeder added: “The result of your action seriously impedes the Department’s goal of providing the citizens of our city with the most professional law enforcement agency possible. I cannot tolerate this type of conduct by any member of the Louisville Metro Police Department. Your conduct demands your termination.”

The other two officers who shot into Taylor’s apartment—Sgt. Jonathan Mattingly and Officer Myles Cosgrove—were placed on administrative reassignment after the incident.

Mayor Fischer refused to say why only Hankison had been fired.

“Unfortunately, due to a provision in state law that I would very much like to see changed, both the chief and I are precluded from talking about what brought us to this moment or even the timing of this decision,” he said Friday at a press conference.

In recent weeks, Hankison has also been accused of sexual assault by multiple women via viral social media posts. In each instance, he offered intoxicated women a ride home from bars before sexually assaulting them.

An LMPD spokeswoman said last week that the department was “looking into the allegations.”

Kentucky Attorney General Daniel Cameron addressed the investigation into Taylor’s death on Thursday, saying that his team was working around the clock, but they didn’t have anything to report yet as far as possible charges for the officers.

He instead pleaded for patience and peace and promised to follow the truth and be “thorough and fair” to everyone involved.

Breonna Taylor, 26, was shot dead on March 13th when three plainclothes officers entered her apartment during a no-knock drug raid while searching for a suspect that had already been taken into custody.