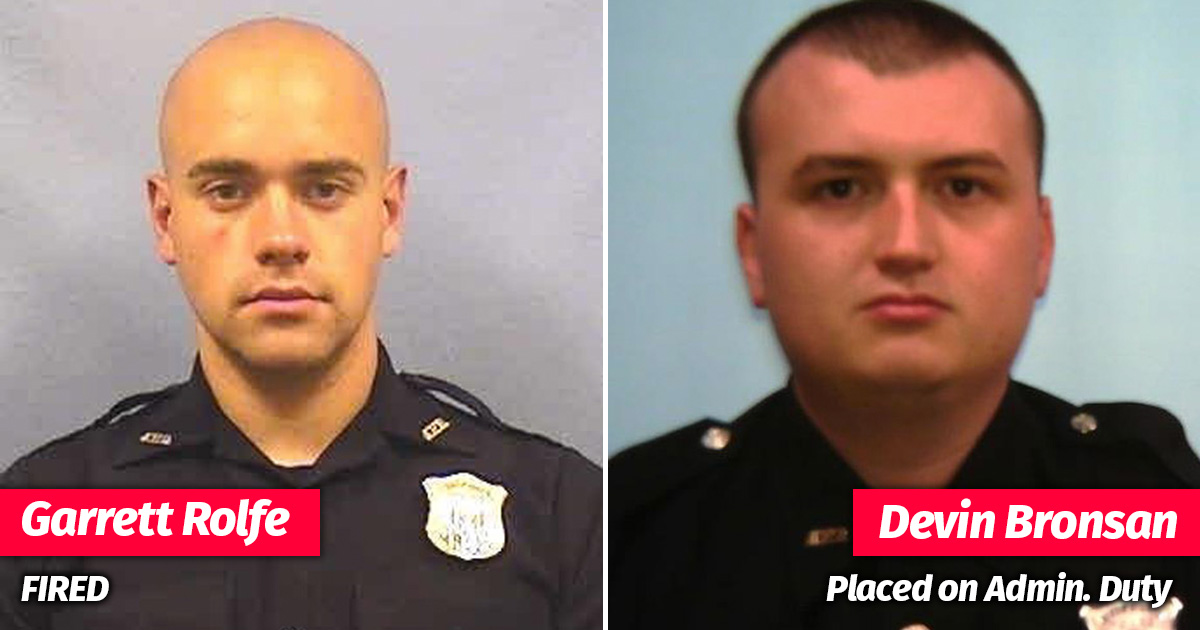 Officials with the Atlanta Police Department have released the names of the two officers involved in the fatal shooting of Rayshard Brooks.

The cop who shot and killed Brooks has been identified as Garrett Rolfe, who has been fired as a result of the fatal incident, an Atlanta Police spokesman confirmed just after midnight Sunday morning (Jun. 14).

The second cop involved in the deadly shooting was ID’d as Officer Devin Bronsan, and he has been placed on administrative duty, the APD spokesman said.

Former officer Rolfe had been with the Atlanta PD since October 24th, 2013. Officer Bronsan was hired on September 20th, 2018.

On Saturday night, Atlanta Mayor Keisha Lance Bottoms called for the termination of the officer who fired the three shots that killed Brooks.

Bottoms also announced that Atlanta Police Chief Erika Shields was stepping down and would be reassigned to another position.

The Georgia Bureau of Investigation said Brooks, 27, was shot by an officer after he pointed a taser at one of the cops as he was running away from them in the parking lot of a Wendy’s.

Police had been called to the area and found Brooks asleep in his vehicle in the restaurant’s drive-thru line.

Officers said Brooks failed a field sobriety test and a struggle ensued after the officers tried to take Brooks into custody.

Brooks and the officers were seen on video footage shared to social media struggling as the officers tried to tase him.

He was shot three times in the back afterward, and died in surgery at Grady Memorial Hospital.