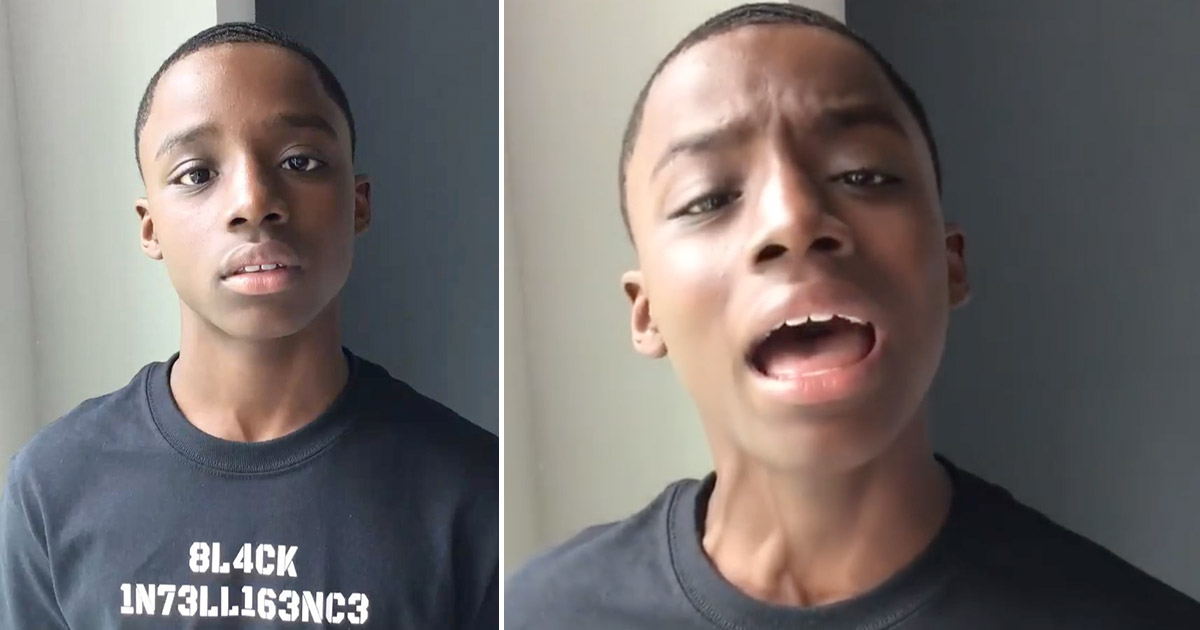 A video of a young black man singing about racial injustice has gone viral on social media … and it’s bringing those who watch it to tears.

Wearing a shirt that reads “8L4CK 1N73LL163NC3” (or: Black Intelligence), 12-year-old Keedron Bryant sings his heart out about the trauma that is constantly inflicted on Black America and just wanting to be able to live without fear.

“I’m a young black man / Doing all that I can … to stand,” Bryant sings. “Oh but when I look around, and I see what’s being done to my kind / Every day I’m being hunted as prey.

Popular social media activist Shaun King shared the video with his 2.2 million Facebook followers along with the following caption:

“I just cried like a baby watching this brilliant young brother, @keedronbryant, sing our pain. Young man, thank you for using your gift. We’re working to make this future safer for you.”

Commenters agreed that the video was very tear-inducing.

“This video brought tears to my eyes,” one of King’s followers wrote. “This handsome boy with this beautiful voice is still a child but he already knows how cruel the world is to those who has different skin color”

Another supporter of King’s commented: “This breaks my heart and he has such a beautiful voice. How do we keep them safe from the hatred that runs rampant through our country.”

While the men responsible for Arbery’s death have since been arrested and charged with his murder months after the February incident, we’re still waiting on some type of justice to be served in the senseless deaths of Taylor and Floyd.

When will it end?