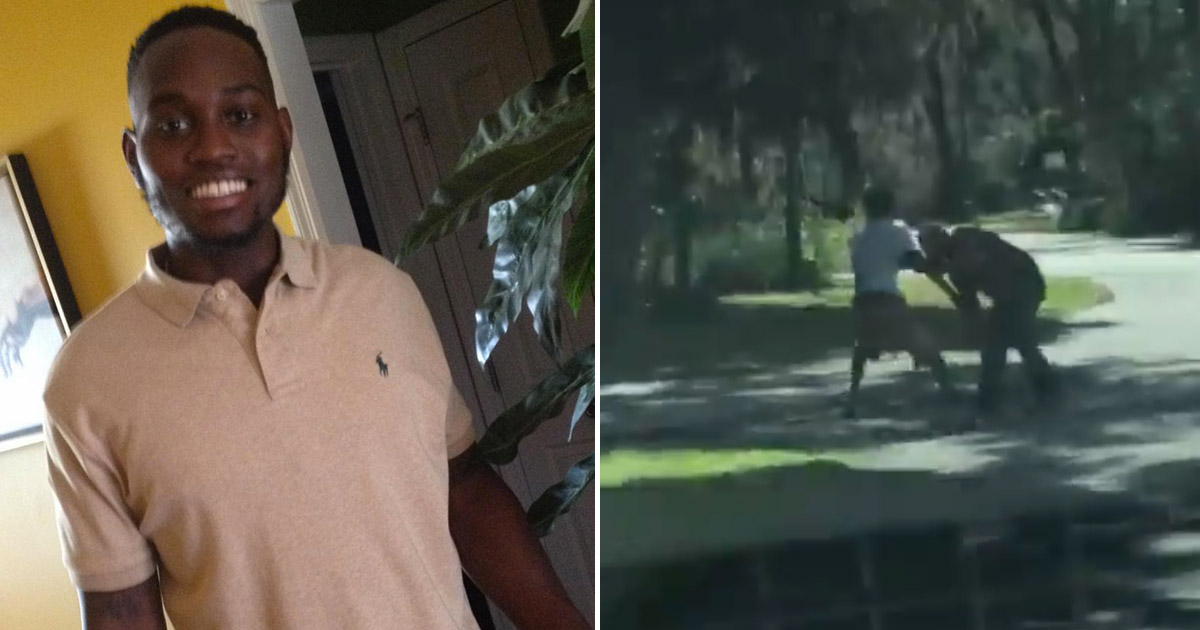 Video footage showing the fatal shooting of Ahmaud Arbery—the unarmed 25-year-old black man who was chased down by two white men while jogging in Brunswick, Georgia—has surfaced, prompting a call for the grand jury to review the case.

As seen in the video from the February 23rd incident, Arbery was jogging in a neighborhood in Brunswick, Georgia when he was approached by Travis McMichael and his father, retired District Attorney investigator Gregory McMichael.

I am trembling with anger over what I just witnessed. CLICK AWAY if you need to. ?
?
We need ALL HANDS ON DECK.
?
This is the lynching of Ahmaud Arbery.
?
It’s one of the worst things I’ve seen in my entire life.

Travis was armed with a shotgun, and as Arbery appears to try to run around the truck, he and Travis can be seen struggling over the gun as Gregory sits in the trunk bed.

A total of three shots were fired, with the last one causing Arbery to collapse to the ground. He was later pronounced dead at the hospital.

Neither of the McMichaels have been charged in the fatal shooting because, according to one prosecutor, the men were justified in their actions because of Georgia’s citizen’s arrest law.

Ahmaud Arbery was a former football player and his friends and family say he enjoyed running to stay fit, so it wasn’t unusual to see him running around the town of Brunswick.

However, the McMichaels said that Ahmaud fit the description of a suspect in a string of recent break-ins in the neighborhood.

Ahmaud’s mother, Wanda Jones-Cooper, said she doesn’t believe her son committed any crimes that day and the McMichaels simply judged him by the color of his skin.

Ms. Jones-Cooper said even if her son did commit a crime, “he should have been handled by the police.”

After the video emerged, Tom Durden, District Attorney Pro Tempore for the Brunswick Judicial Circuit, said in a press release: “I am of the opinion that the case should be presented to the grand jury of Glynn County for consideration of criminal charges against those involved in the death of Mr. Arbery.”

Arbery’s family has hired civil rights attorney Lee Merritt, who said that he believes the McMichaels haven’t been indicted because Gregory is a former investigator for the Brunswick district attorney’s office.

“There’s more than enough evidence for a case for murder,” Merritt said in an interview with CBS News.

“Ahmaud is no longer with us and he’s not with us because two men followed him while he was jogging and killed him,” said the man’s mother. “An arrest should have been made already.”