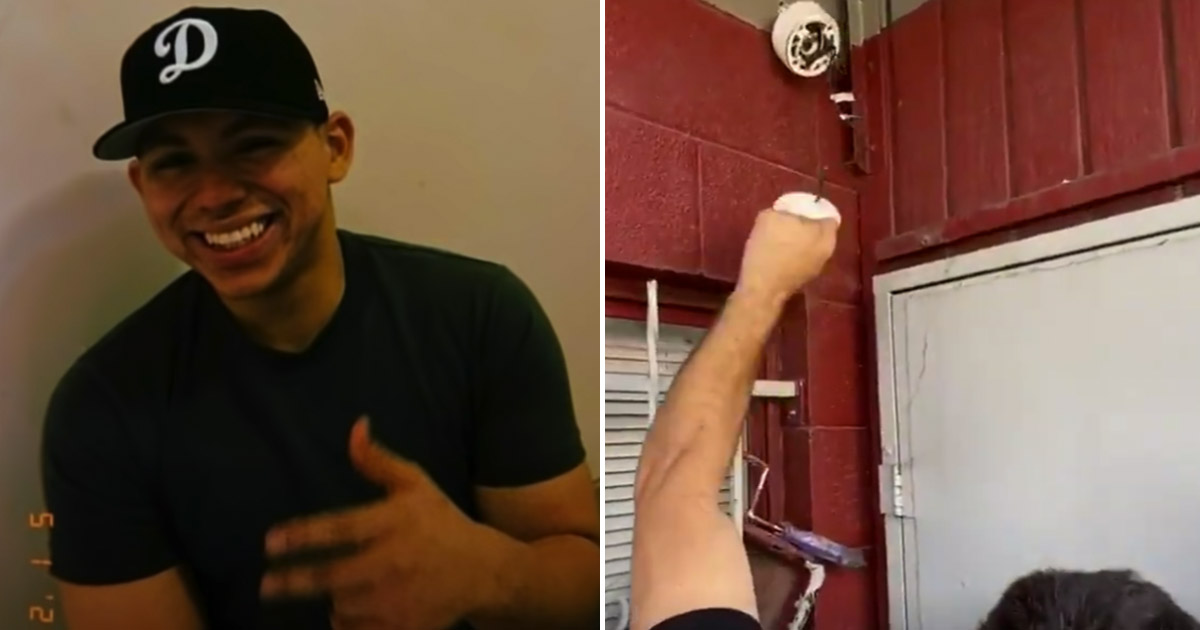 As demonstrators continue to protest after the shooting of 18-year-old Andres Guardado by sheriff’s deputies in California, new reports say that police officers destroyed security cameras that might have captured the incident.

Guardado was working as a security guard for a local body shop when two officers approached him, claiming they saw him brandishing a weapon.

According to the shop’s owner, Andrew Heney, Guardado ran “because he was scared.”

UPDATE: came to speak with the manager. Andres ran down the driveway, got on his knees and put his hands behind his head. Then 1 Cop shot him in the back 7 times. They broke all the cameras and took the DVR, which they pulled a warrant for after the fact. Video of this coming pic.twitter.com/CLUDUfCYBO

According to reports, Guardado ultimately got on his knees and put his hands behind his head before he was shot six times in the back and killed.

This all occurred on Thursday night (Jun. 18), and when Heney arrived back at his shop the next Friday, he discovered that the security cameras around the property had been destroyed and the DVR that stores all of the footage was taken.

“They were just trying to be malicious and covering themselves,” Heney said.

The deputies who took the DVR showed a warrant that gave them permission to do so, but they only produced the warrant after the DVR had been removed from the building.

The incident is currently under investigation by the Sheriff’s Homicide and Internal Affairs Bureaus, and it comes at a time when protests continue to rage across the country to try and put an end to police brutality and racial injustice.