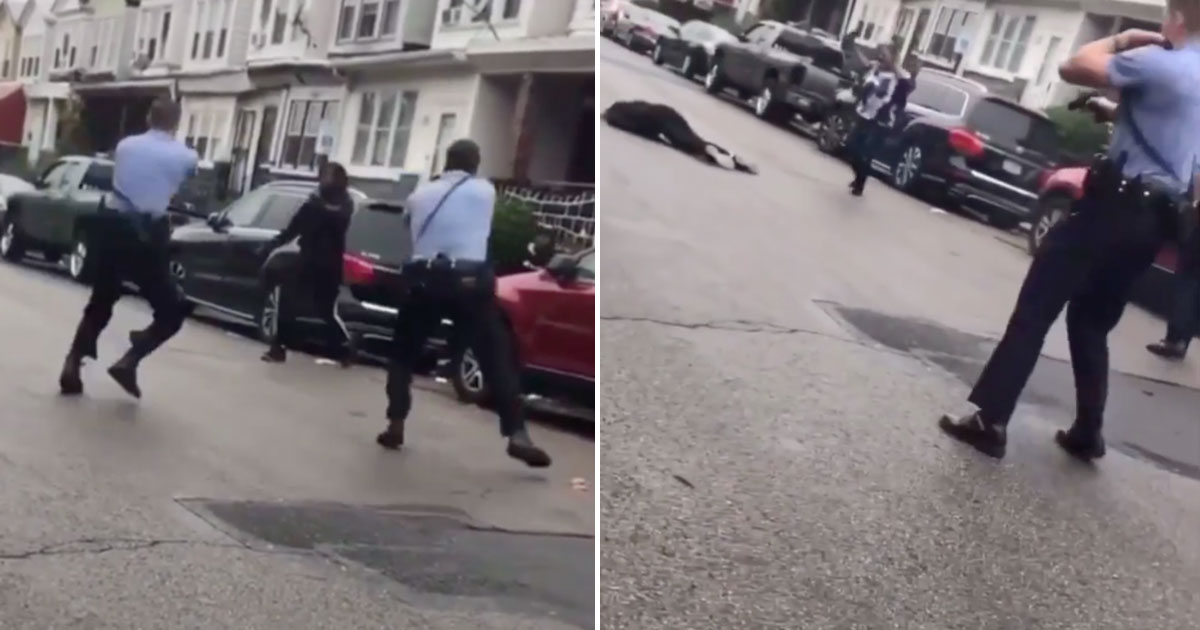 Police in West Philadelphia shot and killed a 27-year-old Black man during a confrontation Monday afternoon (Oct. 26), and the entire incident, including moments the officers opened fire, was captured on video.

According to the Philadelphia Inquirer, police responded to a report of a person with a weapon in the 6100 block of Spruce Street just before 3:45 p.m.

Sgt. Eric Gripp, a spokesman for the Philadelphia Police Department, said the responding officers were met with a man armed with a knife.

Gripp said police told the man to drop the knife, but he didn’t, and that’s when two officers fired their guns at least a dozen times, video footage shared on social media shows.

The man, whose identity hasn’t been released yet, was taken to Penn Presbyterian Medical Center where he was later pronounced dead.

Police Commissioner Danielle Outlaw arrived at the scene as a growing crowd was seen yelling at police.

Witnesses at the scene said the man was armed with a knife, but he was NOT charging at the officers.

The video footage recorded by a bystander showed the man was at least 10 feet away from the officers when they opened fire.

A crowd of protesters has gathered at the scene. pic.twitter.com/GTzeUjw5IE

Story developing… Check back for updates.