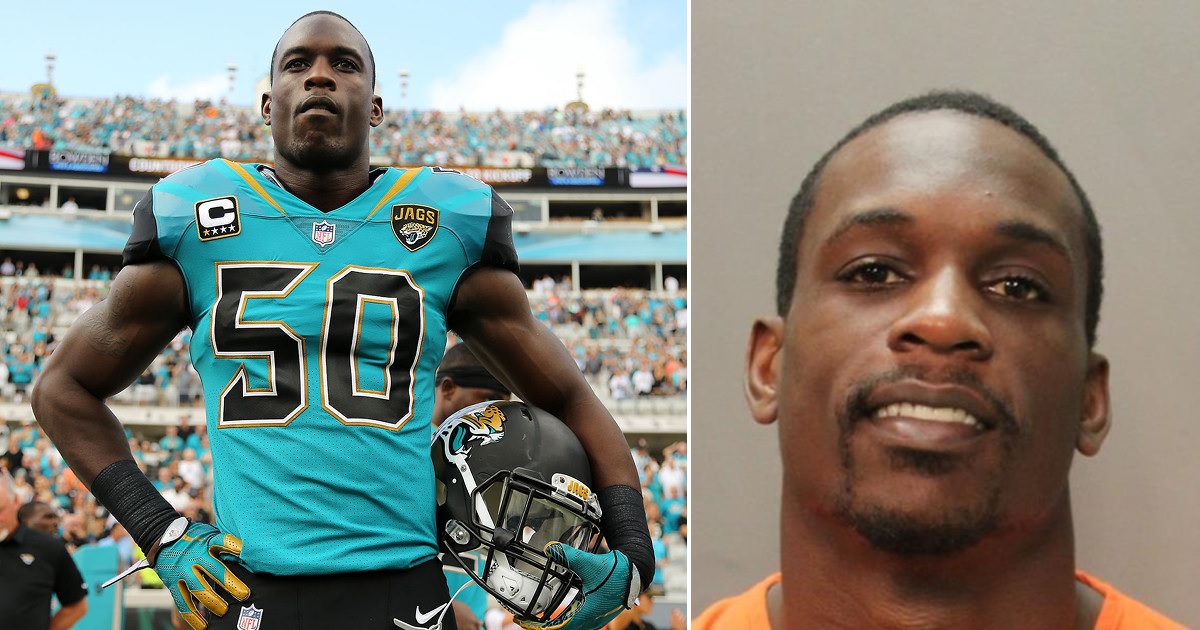 Former NFL linebacker Telvin Smith has been arrested for having sex with a 17-year-old girl multiple times.

Smith—who was signed to the Jacksonville Jaguars until 2018—was arrested on Wednesday (Apr. 29) and charged with unlawful sexual activity with certain minors.

The charge is a second-degree felony in Florida.

He was arrested at his Jacksonville home in a gated community. He was released later that day on a $50,003 bond.

According to the police report, DNA evidence proved Smith, 29, had sex multiple times with a 17-year-old girl at his home and in his car last year.

The two first met at the girl’s place of employment and she told Smith that she had just turned 17. A witness corroborated that Smith was aware of the girl’s age. They continued to communicate via social media.

The report states that after the first sexual encounter, Smith offered the girl $200 to keep quiet. She initially refused the money, but ultimately took $100.

He also told her to call him her “mentor” if anyone ever questioned their relationship.

Police have been investigating the matter at least since last year. Police spent several hours at his home in November and towed his Cadillac Escalade. The matter was connected to the sex with a minor investigation.

A court date has not been scheduled.

Smith was drafted to the Jaguars in 2014 and remained with the team until he decided to take personal time off in 2018, leaving behind $9.75 million last season.

With three years left on his contract—earning around $10 million per year—Smith could return to the Jaguars. However, this is could now be jeopardy due to the arrest.

“The Jaguars are aware of the report involving former linebacker Telvin Smith,” the team said in a statement. “The club is unable to comment further on this ongoing investigation.”