GOSSIPONTHIS.COM Celebs Floyd Mayweather Deleted All Photos of Daughter Iyanna From His Instagram After... 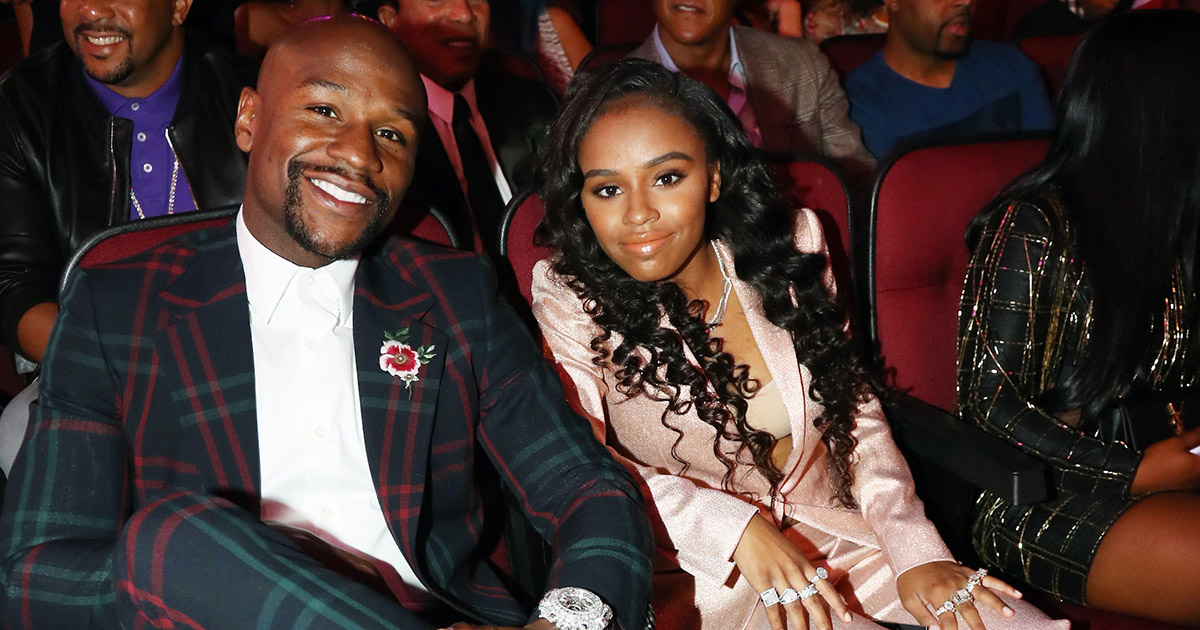 Floyd Mayweather is obviously not happy with his daughter Iyanna’s behavior right now … because he just wiped his Instagram account clean of ALL photos of her.

Iyanna Mayweather (aka “YaYa”) was arrested Friday night (Apr. 3) after she got into a violent altercation with one of NBA YoungBoy’s many baby mamas at the rapper’s Houston, Texas home that resulted in her stabbing the woman twice in her arms.

Police said YoungBoy and his baby mama, Lapattra Lashai Jacobs, were at the rapper’s home when YaYa showed up and told the woman she was YoungBoy’s fiancée and she should leave the house immediately.

Jacobs, apparently not trying to hear that noise, told Iyanna she should be the one leaving, and when their argument moved to the kitchen, that’s when YaYa pulled out two kitchen knives.

Police said Jacobs then approached Iyanna, who proceeded to charge at Jacobs and stabbed her twice, one time with each of the two knives.

When paramedics arrived, Jacobs was laying on the floor bleeding. Law enforcement sources say the injuries she sustained were so severe that she was rushed to the hospital and underwent emergency surgery.

YaYa was booked into the Harris County jail on a felony aggravated assault with a deadly weapon charge and was later released.

Later that night, while on Instagram Live responding to Kodak Black’s comments about him “cooperating” with police regarding the arrest of his “wife” Yaya (see above), NBA YoungBoy referred to YaYa’s father as a “bitch ass daddy” as she sat right beside him. And she said or did absolutely nothing about it.

Apparently that was the straw that broke the camel’s back, because Floyd has since deleted every single picture of YaYa from his Instagram page, except for this group pic:

Twitter immediately took notice of the action and responded as follows:

Floyd Mayweather deleted all pics of yaya off of his page ? wow

SOMEONE SAID FLOYDMAYWEATHER DELETED PHOTOS OF YAYA OFF HIS INSTA?? THAT NIGGA SAW THE LIVE LMFAOOO pic.twitter.com/mfveElHaP5

Floyd Mayweather really deleted all pics of yaya off of his page. She’s a whole dummy! Being stupid over a nigga that’s for everybody ????

Floyd Mayweather disowns his daughter YaYa and I would too. Her scary ass ain’t defend her daddy so now he deleted they pictures off Instagram ?

So since you deleted Yaya..are you accepting daughter applications?? @FloydMayweather

Cause why she ain’t defend her daddy? RT @sgrate__: Floyd Mayweather deleted all pics of yaya off of his page ? wow

2020 has particularly been a rough year for Floyd Mayweather.

On top of the death of his friend Kobe Bryant back in January, Floyd also experienced the deaths of his ex and the mother of three of his children, Josie Harris, and his Uncle Roger within the span of one week in March.

Now, he’s dealing with his 19-year-old daughter out here acting the fool and getting arrested for stabbing a woman over NBA YoungBoy.