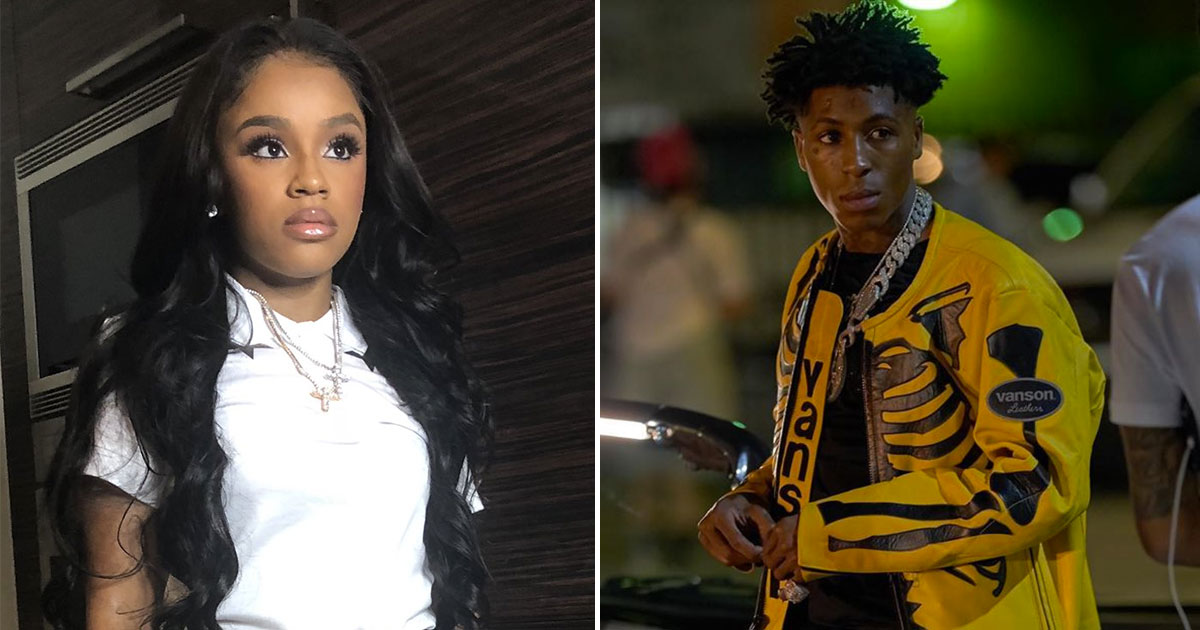 Floyd Mayweather’s daughter, Iyanna “Yaya” Mayweather, is rumored to be pregnant by NBA YoungBoy after supposed “receipts” were posted on social media.

The videos have people speculating that she’s pregnant with NBA YoungBoy’s SEVENTH—yes, you read that right … SEVENTH—child.

One of the videos is supposedly from a friend that was posted on Instagram.

In the video, two of Yaya’s friends are showing off their shoes, and Yaya can be seen in the background dressed in all black with what appears to be a baby bump.

Once the girl recording notices Yaya in view of the camera, she says: “Oh sh**! I’m tripping,” which has led many to speculate that she put Yaya on blast “accidentally on purpose.”

Another video shows Yaya walking with a friend in a mall, once again dressed in all black and rocking baggy clothes.

The person filming her from a distance claims to have seen a baby bump and says behind the camera: “[Yaya] Mayweather, and she pregnant than a mothaf***a. NBA YoungBoy you fu**ing know better.”

While neither Yaya nor NBA Youngboy have confirmed or denied anything regarding a pregnancy, Yaya’s mother, Melissia Brim, seemingly openly received a congratulatory message pertaining to her “grand baby.”

Peep the “tea” below:

This wouldn’t be the first time Yaya has been accused of being pregnant by NBA YoungBoy.

Last June (2019), she was rocking what looked like a baby bump in an Instagram Live video. But it’s been well over a year since then, and she doesn’t have a baby, so the pregnancy rumors turned out to be just that… rumors.

If Yaya is, indeed, pregnant with NBA YoungBoy’s child this time around, it would make his seventh.

Several weeks ago, YoungBoy was on Instagram Live when someone made a comment about the number of children he’s fathered, and he was forced to set the record straight once and for all.

Four little boys, plus “one daughter that’s born” (Armani) and the daughter he has on the way equals six children … which would make Yaya’s (alleged) baby number seven.

NBA YoungBoy also made headlines back in June after two of his baby mamas gave birth to their children in the same week.

That same week, the rapper released a new song called “Death Enclaimed,” in which he raps: “Tired of f**kin’ ’round with groupies / 4 lil’ boys and 2 lil’ girls and they mine.”

With all of these kids, it seems as though NBA YoungBoy is battling Future for the “Most Fertile Rapper Alive” title.

And since we’re on the subject of “making headlines,” Yaya made her own back in April when she was arrested for allegedly stabbing another one of NBA YoungBoy’s baby mamas, Lapattra Jacobs. She was booked for felony aggravated assault with a deadly weapon, and could reportedly face up to 99 years in prison if convicted as charged.

Editor’s Note: We erroneously reported that NBA YoungBoy has seven children, however, it appears as if we misunderstood his explanation when he talked about how many kids he has. The rapper has actually fathered six children, and Yaya Mayweather’s would be baby number seven. The article has been updated.