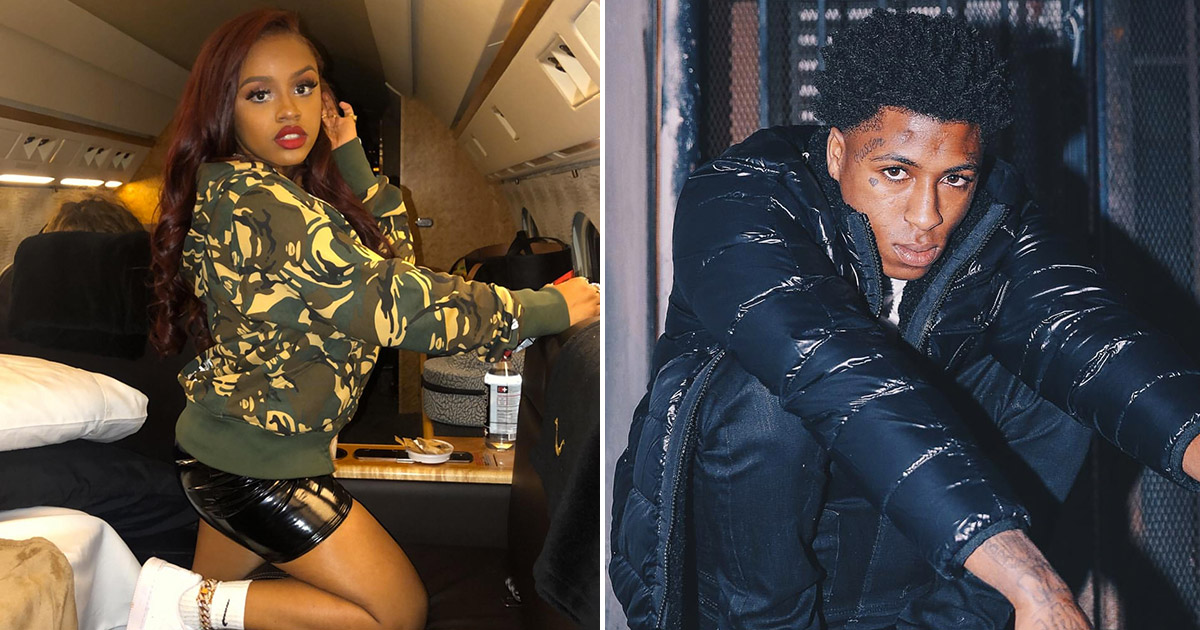 Floyd Mayweather’s 19-year-old daughter Iyanna (aka “Money YaYa”) has been arrested after she allegedly stabbed NBA YoungBoy’s baby mama during a confrontation over the rapper, TMZ reports.

Authorities said NBA YoungBoy and one of his many baby mamas, Lapattra Lashai Jacobs, were at the rapper’s home early Saturday morning (Apr. 4) when Iyanna Mayweather showed up and told Jacobs she was YoungBoy’s fiancée and Jacobs should leave the house immediately.

Apparently Jacobs wasn’t trying to hear that and told Iyanna to leave. The argument then moved to the kitchen, where Iyanna pulled out two knives.

Police said Jacobs approached Iyanna, who then charged at Jacobs and stabbed her twice, one time with each of the two knives.

When paramedics arrived, Jacobs was laying on the floor bleeding. She was taken to the hospital and her condition is unknown at this time, though online reports are saying she’s “critical.”

Crime scene of Floyd Mayweather’s daughter Yaya who damn near killed a girl after stabbing her over #NBAYOUNGBOY . The girl who was stabbed is in critical condition right now. Yaya has been charged with assault with a deadly weapon . #floydmayweather #YayaMayweather #yaya pic.twitter.com/GgueMAYL39

YoungBoy was not at home at the time of the incident, but when he arrived, he was briefly detained by police, most likely as a precautionary measure, before being released.

Iyanna told police Jacobs got physical with her first by pulling her hair outside the house and then running into the kitchen, where the violent confrontation happened.

Iyanna told police she’d never met Jacobs before the incident on Saturday. She was booked for felony aggravated assault with a deadly weapon and is currently being held in the Harris County Jail in Houston, Texas.