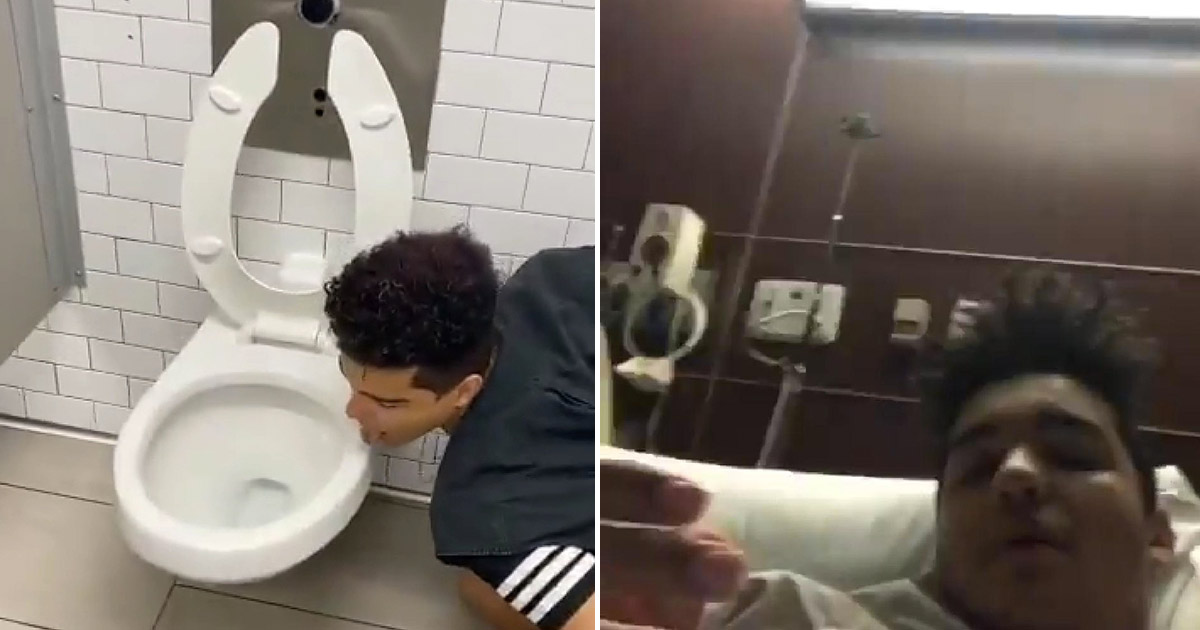 If stupid was a person, it would be this California-based social media influencer who ended up in the hospital with coronavirus just days after he posted a video of himself licking a toilet seat for a challenge on TikTok.

The 21-year-old internet personality, known as Larz, reportedly shared footage of himself in a hospital bed on Sunday (Mar. 22).

“I tested positive for Coronavirus,” the Beverly Hills resident tweeted from an account that has since been suspended. 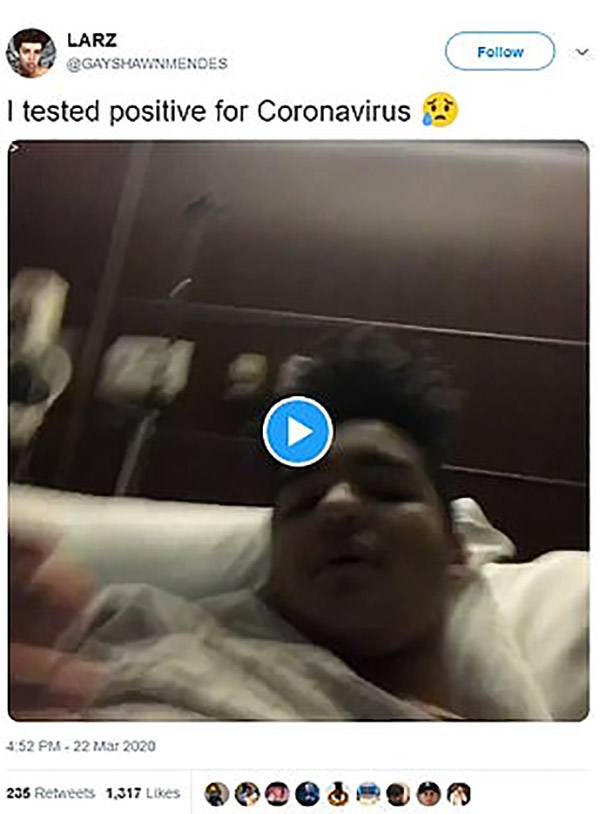 The tweet came just days after the social media prankster, who used the Twitter handle @GayShawnMendes, posted a shocking video of himself Friday licking a public toilet seat as part of a bizarre “Coronavirus Challenge.”

He captioned the post: “RT to spread awareness for the Coronavirus.”

The viral craze, seen mainly on the popular video-sharing platform TikTok, sees users posting footage of themselves licking everything from toilets to grocery store produce.

While it hasn’t been confirmed whether Larz contracted coronavirus from licking a toilet seat in a public bathroom, it wouldn’t be surprising if that were the case.

The news comes as the number of Americans who’ve tested positive for COVID-19 soared past 55,000 as of Wednesday afternoon (Mar. 25). Coronavirus has also caused more than 800 deaths across the country.

He previously appeared on the Dr. Phil show, where he bragged about licking tubs of ice cream before putting them back in store freezers and drinking from mouthwash bottles before spitting back into them.

Larz claimed he’s made “lots of money” from his large online following.