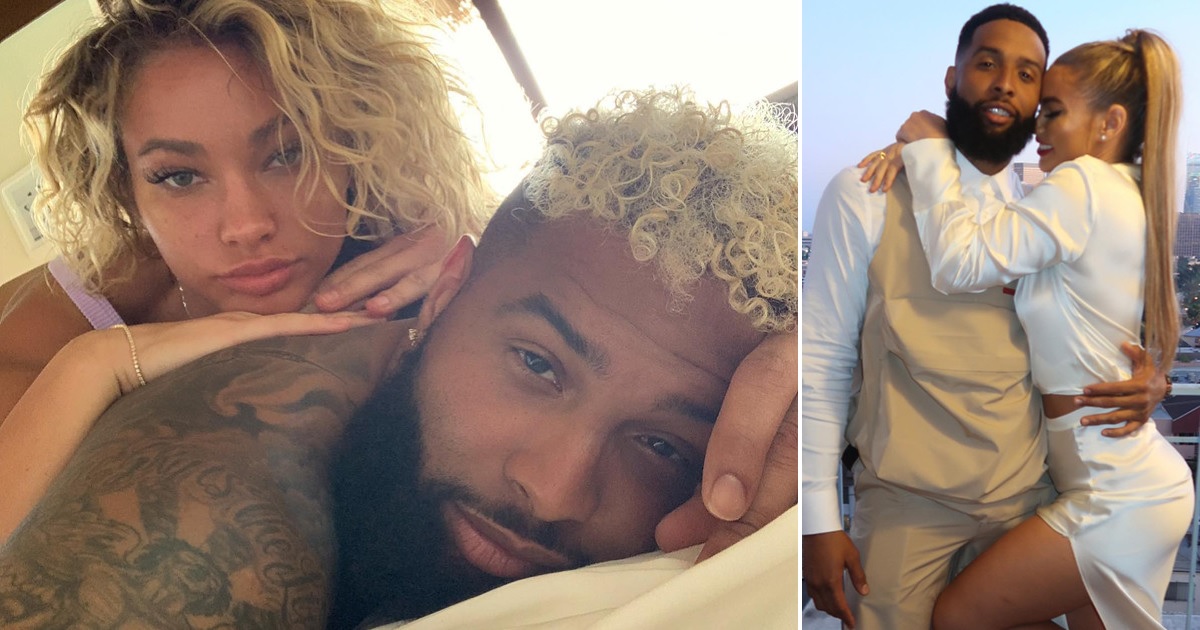 Odell Beckham Jr.’s first season with the Cleveland Browns is off to a rough start (2-6), but he’s scoring major points in his personal life. The NFL star just went Instagram official with his model girlfriend.

Model Lauren Wood wrote him a very special birthday message on Instagram, along with several photos of the two, including a pic of them in bed together.

“Happy birthday @obj ! Your soul is pure gold. U know I can write [a] lot about you, but I rather keep passing these love letters … Ceasar home. PS this blurry will always be my fave pic of us bc wtf is going on lol yumiii af”

Beckham responded, writing: “YUMI … I’m riding wit u, I got ur back. U kno what it is. LOVE queen!”

Beckham and Wood have been spotted in public several times.

Wood has even attended a few Browns games and has been spotted hanging out with Beckham’s mom. However, this is the first time they have publicly acknowledged that they are, in fact, a couple.

Hailing from Texas, Wood is an Instagram model and a brand influencer. She’s also an aspiring actress, appearing on TV shows like HBO’s Ballers and MTV’s Wild’N Out.

Going public with Wood is also noteworthy because Beckham has been fiercely private about his personal life.

He explained to GQ earlier this year:

Knowing that Beckham is officially boo’d up might crush a few hearts, but we wish the young couple well.

We also hope the NFL superstar had a happy birthday (which we’re guessing Wood made sure of that).