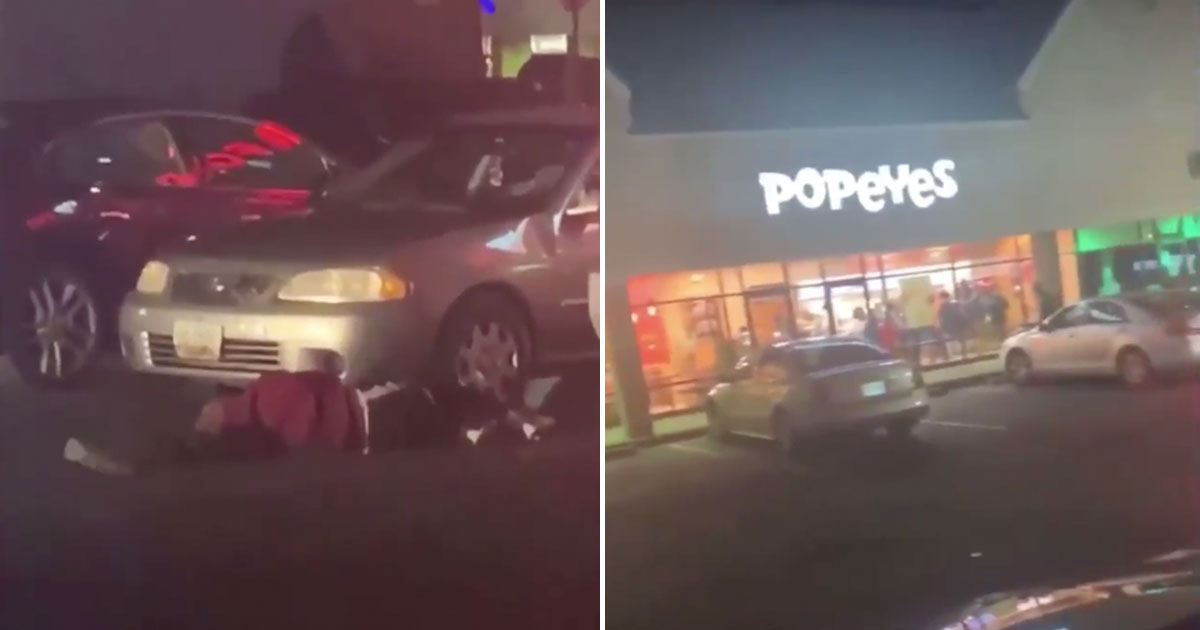 Shocking video footage is circulating on social media showing the moment a Maryland man was stabbed to death Monday night (Nov. 4) after he cut in line at Popeyes while waiting for a chicken sandwich.

Prince George’s County Police said they were responding to reports of a fight at a Popeyes in Oxon Hill, Maryland when they found 28-year-old Kevin Tyrell Davis in the parking lot bleeding from multiple stab wounds.

Davis was rushed to a nearby hospital where he died about an hour later. The suspect still has not been identified and remains at large.

While police continue to search for the suspect, video footage has been shared online showing the altercation outside the restaurant.

Though it’s hard to see exactly what’s going on, you can hear two men arguing about someone cutting in line, mirroring the account of events police gave.

“That n***a collapsed,” the person behind the camera can be heard saying after Davis hit the ground. “Stabbed the sh*t out of him for the Popeyes.”

Prince George’s County Police Chief Hank Stawinski, who called the incident a “pointless crime,” said Davis was stabbed within 15 minutes of the altercation between him and the suspect erupting.

Stawinski said Davis had been “methodically cutting his way through the line for sandwiches for 15 minutes” before he was confronted by the suspect at the front counter.

“The question my detectives have to answer is, ‘How does a confrontation lead to a homicide in 15 seconds?'” Stawinski said in a news conference.

Popeyes’ chicken sandwich returned Sunday (Nov. 3) after completely selling out during its initial run back in August.