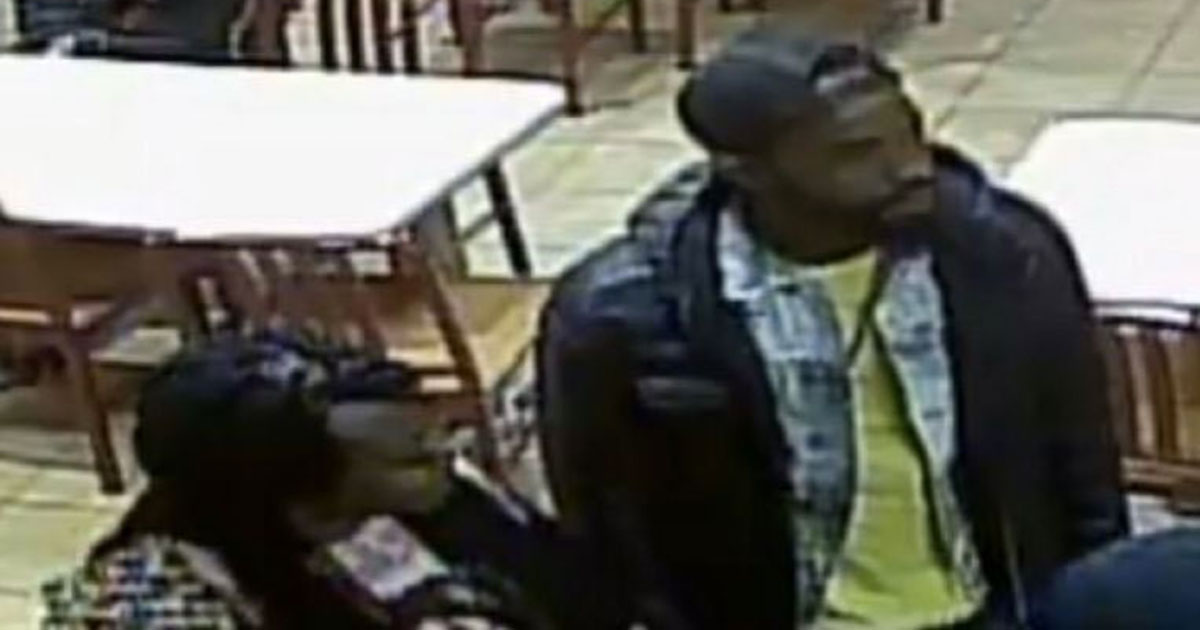 The Prince George’s County Police Department has released a photo of the man they believe stabbed another man to death over a Popeyes chicken sandwich.

A 28-year-old man was found with multiple stab wounds in the parking lot of a Popeyes in Oxon Hill, Maryland Monday evening (Nov. 4).

He was taken to a nearby hospital where he died of his injuries an hour later.

Police said a fight between the stabbing victim and another man started in the restaurant when one of the men cut in front of the other in line.

The altercation spilled into the parking lot, where one of the men was stabbed, police said.

Prince George’s County Police released a photo taken from security cameras inside the restaurant showing the suspect Tuesday (Nov. 5), along with a woman they hope to identify in connection with the fatal incident.

Authorities are asking anyone with any information to contact them at 1-866-411-TIPS.