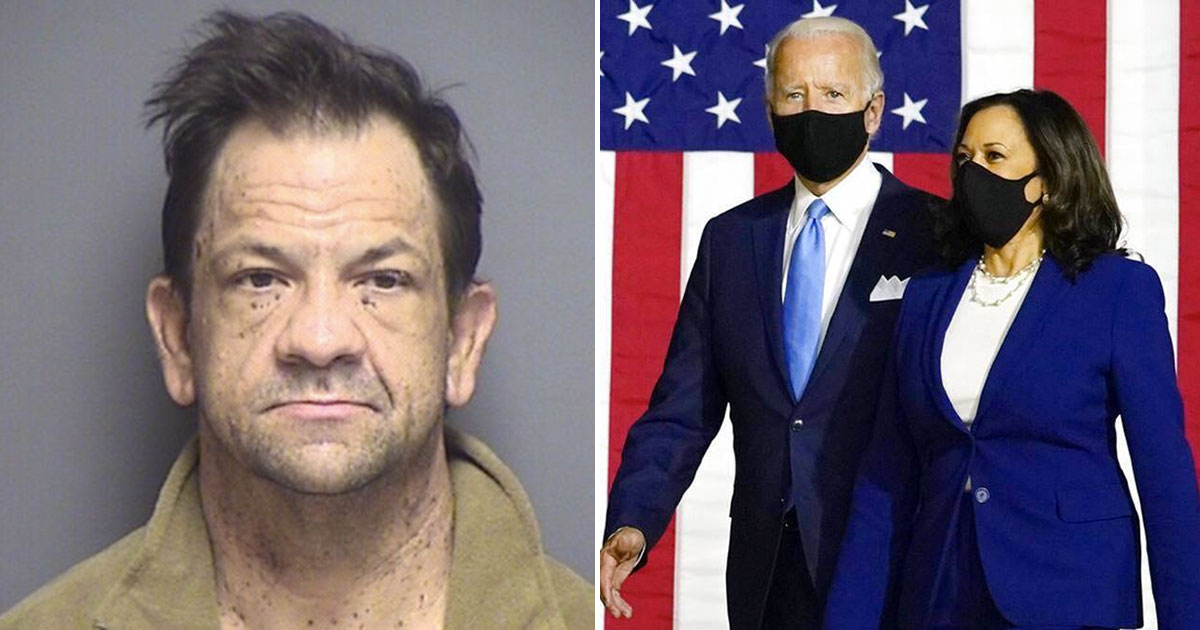 James Dale Reed, 42, of Frederick, Maryland, also vowed to target the Democratic-backing neighbors for attacks, boasting that he’s a heavily armed “boogeyman” whom “your children have nightmares about.”

Reed, who described himself as a Second Amendment supporter, laid a detailed plot against Biden and Harris, whom he vowed to personally sexually assault.

“When we capture Grandpa Biden we will all severely beat him to the point of death,” Reed wrote in the note that was released by prosecutors. “For the grand end (they) both will be executed on National Television.”

Reed added that the assassinations would show “Biden/Harris supporters … what the Second Amendment is all about.”

Reed, who admitted being “upset at the political situation,” shrugged off the threats in his nasty missive.

A video surveillance camera captured a person who resembles Reed leaving the letter on his neighbor’s doorstep on Oct. 4, authorities said.

The neighbor said he didn’t know Reed but had several yard signs supporting the Democratic presidential and vice-presidential candidates.

Reed, who was identified after an anonymous tip to cops, was arrested last Thursday by local police after he admitted writing and delivering the note.

A federal criminal complaint was filed against him in federal court in Baltimore, U.S. Attorney Robert Hur’s office said in a news release. He faces up to five years in prison if convicted.

“We take these types of threats extremely seriously,” Hur said in a statement. “Such threats to commit violence are illegal and have no place in our democracy, and we will hold accountable those who make them.”

The Secret Service noted that Reed previously threatened an unidentified person under the agency’s protection in 2014.

In his note, Reed also threatened to kill ex-Rep. Gabrielle Giffords, who survived a previous assassination attempt as well as “any other anti-gun group leader.”

Reed also threatened to bend Sen. Harris over and “anally rape” her with the barrel of his rifle.

DISGUSTING. Lock this crazed animal up and throw away the key!