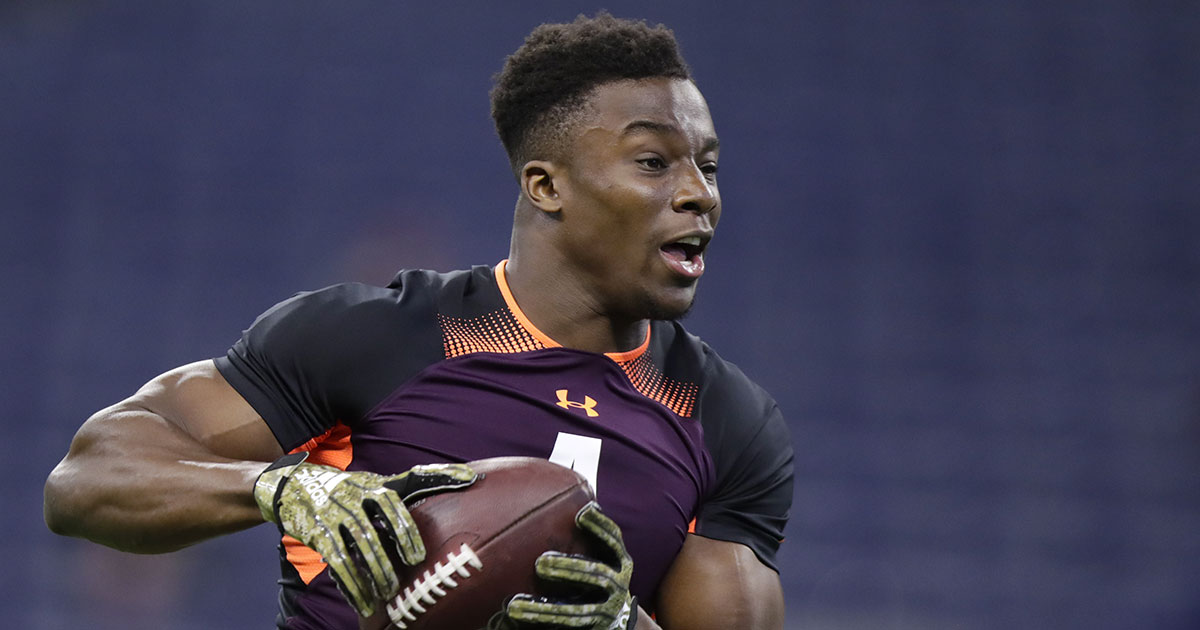 On Saturday afternoon (Apr. 27), Corey Ballentine was selected by the New York Giants in the sixth round of the 2019 NFL Draft—a major accomplishment for a player from a Division II school in Topeka, Kansas.

Early the next morning, Ballentine and a close friend and former teammate on the Washburn University football team were involved in a shooting that resulted in the death of 23-year-old Dwane Simmons and a gunshot injury to Ballentine.

Ballentine’s injury was considered to be non-life threatening and he’s expected to make a full recovery.

According to Topeka’s WIBW 13 News, officers responded Sunday around 12:45 a.m. to the 1400 block of 13th Street in Topeka on reports of gunfire. An officer on the scene confirmed that Simmons died in the street from a gunshot wound.

Later, authorities confirmed there was a second shooting victim, Ballentine, 23, who was taken to an area hospital.

The Giants said in a statement: “We are aware of the tragic situation and continue to gather information. We have spoken to Corey, and he is recovering in the hospital. Our thoughts are with Dwane Simmons’ family, friends and teammates and the rest of the Washburn community.”

In light of the shooting, a press conference at Washburn University for Ballentine to discuss getting drafted by the Giants that was scheduled for 3 p.m. was postponed.

Washburn University President Dr. Jerry Farley said in a statement to the campus community: “We come to you this morning with sad and difficult news. Early this morning two of our students were the victims of an off-campus shooting. Dwane Simmons, a junior and a member of the football team, was killed in the incident. In addition, Corey Ballentine, a senior, was injured. Ballentine is expected to make a full recovery.

“Any time we lose a student it is a sad occasion, but it is particularly poignant to lose a student through such a senseless act. Both Dwane and Corey have been great examples and representatives of the football team and of Washburn University in general. This was a terrible way to end a day which should have been a day of celebration and a day to look forward to Dwane’s upcoming year at Washburn and the beginning of Corey’s professional career.”

Corey Ballentine, a cornerback, was the 180th player selected in the NFL draft.

Giants general manager Dave Gettleman explained why he picked a player from a small school.