GOSSIPONTHIS.COM Celebs Boosie Badazz Released From Jail on $3,500 Bond After Arrest for Felony... 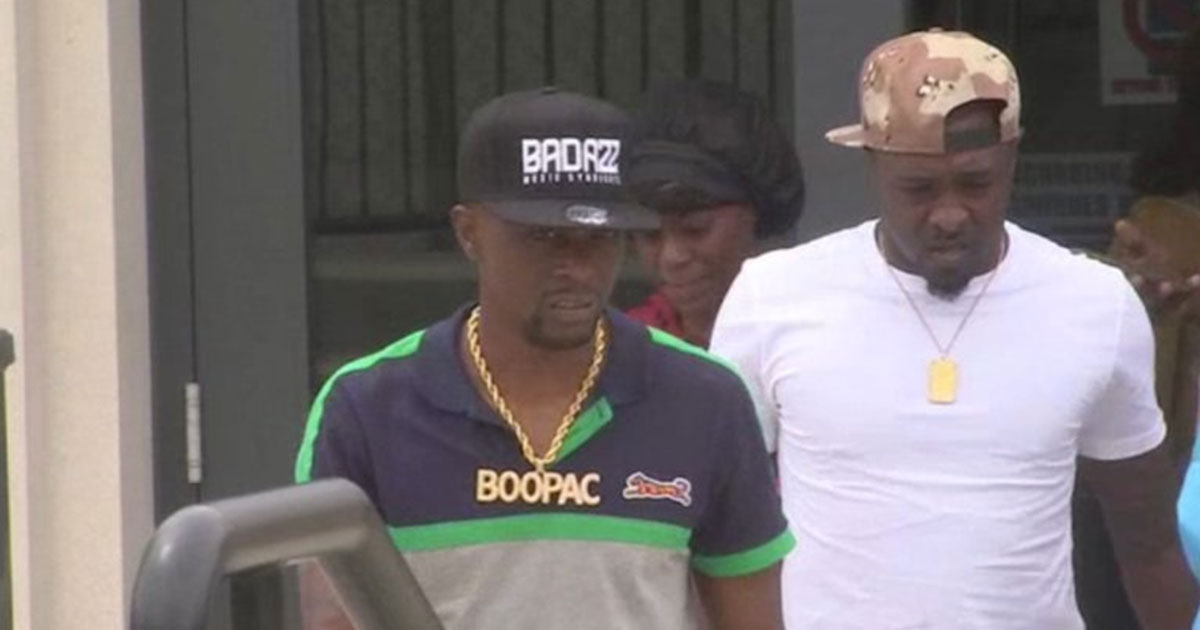 Boosie Badazz is a free man after being released from jail today following his arrest for felony gun and drug possession yesterday.

As we previously reported, the rapper was arrested Monday (Apr. 8) in Georgia with his bodyguard after a traffic stop.

Boosie (real name: Torrence Hatch Jr.) and his bodyguard, Antonio Allen, were reportedly pulled over Monday afternoon after an officer observed the White Dodge Charger Boosie was driving swerving in and out of lanes and nearly sideswiping another vehicle.

Sergeant Jeff Bugg with the Coweta County Sheriff’s Office said Boosie’s car smelled strongly of weed, and after searching the vehicle, police found a small bag of marijuana and a loaded gun under the passenger seat where Allen was speaking. Police also said they found a bag with over $20,000 cash in it and a vape pen.

Boosie and Allen appeared in court Tuesday morning (Apr. 9) and were released from jail after each posting a $3,500 bond.

Rapper “Boosie Badazz” and Antonio Allen (claimed he’s bodyguard and confirmed NOT the former NFL player) arrested on drug and gun charges after traffic stop in Coweta County. Both getting ready to post $3,500 bond. We just got update from Sheriff and will have Live report at 12p pic.twitter.com/jUKW3ju2wU

Sgt. Bugg told the Newnan Times-Herald that the Charger was a Florida rental but it was in neither Hatch nor Allen’s name.

Just got this photo from Coweta Co Sheriff’s office of the cash, gun and marijuana found during traffic stop of rapper “Boosie Badazz” pic.twitter.com/B9Ivy6vBH9

According to Sgt. Bugg, Allen also currently has felony warrants in South Carolina for firearm and drug charges.

Boosie spoke briefly with WSB-TV Channel 2 News reporters as he walked out of the Coweta County Jail and said the whole thing was “nothing serious” and “just a misunderstanding.”