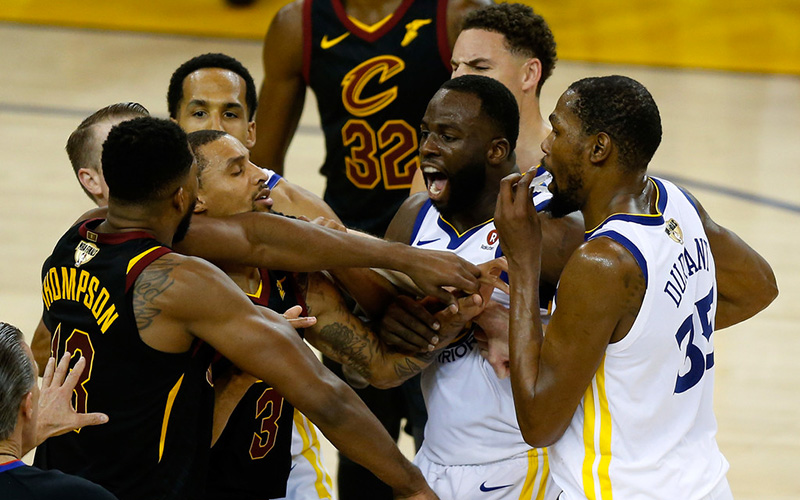 In the final moments of Game 1 of the 2018 NBA Finals, Tristan Thompson of the Cleveland Cavaliers was ejected from the game, and immediately afterward, tried to fight Golden State Warriors player Draymond Green.

With just seconds left in the game, which went into overtime, Tristan apparently threw an elbow at Shaun Livingston during a shot attempt—a move that earned him a flagrant foul and got him ejected from the game with barely 2 seconds left on the clock.

Draymond likes to taunt folks, so he used Thompson’s ejection as an opportunity to heckle him, and Thompson did not appreciate it. As Green clapped in Thompson’s face on his way off the court, Thompson responded by shoving the basketball in Green’s face. From there, members of both teams got into a shoving match as game officials and coaches rushed to the center of the court.

After the scuffle, on his way out, Thompson pointed in the direction of the locker room and seemingly yelled at Green to meet him in the back after the game.

Here’s a closer look at Green taunting Thompson after his ejection, and Thompson shoving the ball in Green’s face:

Draymond trolling and Tristan Thompson having none of it (via @cjzero) pic.twitter.com/wL35RSDAjV

After all was said and done, Steph Curry was allowed to shoot two free-throws to put Golden State up 124 over the Cavaliers’ 114.