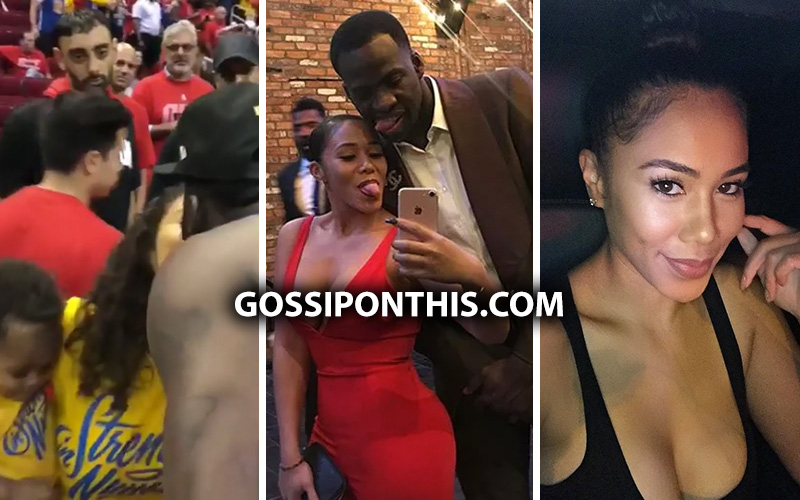 Last year, rumors began to circulate that Draymond Green had left his baby mama Jelissa Hardy for reality TV star Hazel Renee. At the time, Green blew the reports off as “fake news,” but now it looks like the rumors were true. Draymond Green and Hazel Renee really are dating, and look to be a very happy couple.

The news was confirmed when Hazel was not only spotted at Game 7 of the Warriors-Rockets series with Draymond’s adorable 17-month-old son Draymond Jr., but also when cameras caught Hazel and Draymond kissing after the Warriors’ win over the Rockets to advance to the 2018 NBA Finals.

Things must be pretty serious between Draymond and Hazel if she’s watching his son while he’s working. And not only that, but Draymond Jr.’s mom, Jelissa Hardy, must be OK with it as well, so it looks like Draymond and Jelissa have a pretty good co-parenting relationship.

And who exactly is Hazel Renee, you ask? Well, in addition to being Draymond Green’s new girlfriend, she’s also a reality TV star who appeared on “Basketball Wives” Season 6 and also briefly appeared on “Real Housewives of Atlanta” as a friend of Kandi Burruss.

On her Instagram profile, Renee describes herself as an actress, recording artist and TV personality.

In addition to appearing on reality shows, Renee also had a bit role on the hit Fox series “Empire,” in which she played the character Kennedy and appeared on two episodes in 2017. According to her IMDB page, she also appeared on the TV show The Marriage Tour in 2013 and 2015.