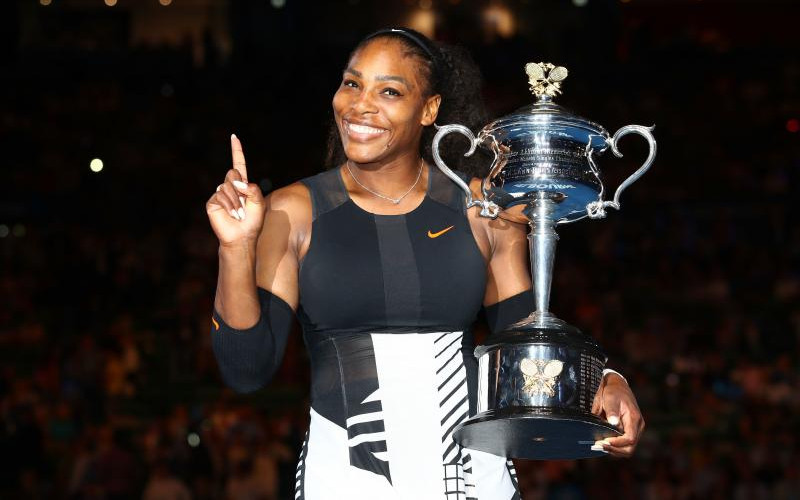 Serena Williams’ return to tennis since giving birth was, unfortunately, short-lived. The champion has withdrawn from the 2018 Australian Open, despite winning the title last year while she was two months pregnant.

Williams made the announcement via Snapchat on Thursday (Jan. 4). “I’m not where I personally want to be,” the 23-time Grand Slam winner wrote. “With that being said, and even though I am disappointed about it, I’ve decided not to compete in the Australian Open this year.”

“After competing in Abu Dhabi I realized that although I am super close, I’m not where I personally want to be. My coach and team always said ‘only go to tournaments when you are prepared to go all the way.’ I can compete — but I don’t want to just compete, I want to do far better than that and to do so, I will need a little more time.

“…I look forward to coming back again. I appreciate the support and understanding of my fans and everyone at the Australian Open.” On December 30th, Williams played her first match since giving birth to her daughter in September. The exhibition match was against 2017 French Open champion Jelena Ostapenko. Williams lost the match, but was able to win the second set against the 20-year-old.

Despite the loss, Williams was happy to be back on the court. She told ESPN:

“This was such a good time for me. … First matches back are always super incredibly hard, especially after having a baby. It was great. I was glad I could do it here.”

Even though she hadn’t played competitive tennis since January 2017, Williams’s life off the court has been pretty amazing. She gave birth to her first child, daughter Alexis Olympia, in September and married Reddit co-founder Alexis Ohanian in a star-studded ceremony in November.

Williams is expected to return to competitive tennis at some point during the 2018 season.