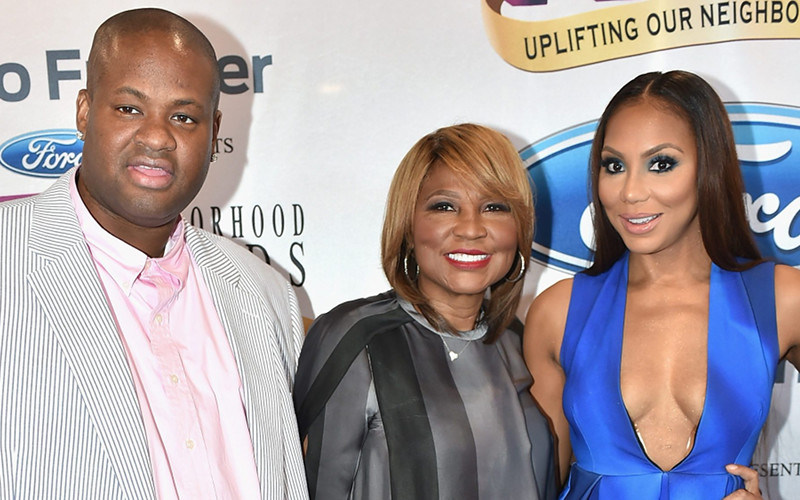 It turns out we weren’t the only ones shocked to see Tamar Braxton and Vincent Herbert together and being friendly following their holiday fallout. Tamar’s own mother was “blindsided” and “pissed” to see her daughter with her alleged abuser.

The Jasmine Brand is exclusively reporting that Evelyn Braxton was “pissed” when she learned Tamar allowed Vince backstage during one of her recent performances and spent time with her estranged husband on New Year’s Eve.

A source tells the blog:

“She was blindsided when she saw him. She was heard asking people, ‘Why is HE here?’”

For months now, Evelyn has been very vocal about her issues with Vince and accused him of being physically abusive with Tamar. She even went as far to say that she fears for Tamar’s safety because she believes Vince has the capacity to seriously harm her daughter.

Evelyn recently detailed an incident in which she claims she witnessed Vince abusing Tamar:

“One night I got up, I heard all this noise… and he was abusing her. She was trying to run and she was trying to get away. And I spoke to him about it. I said: ‘This is not what we do.’ And he turned on me.”

She goes on to say that she ran back to her bedroom and barricaded herself in with a chair to protect Tamar and Vince’s son, Logan, who was afraid and already in Evelyn’s room.

Evelyn’s reaction to seeing Tamar and Vince together again is pretty understandable. On Christmas Day, Vince was arrested for spousal abuse after some sort of altercation between him and Tamar escalated.

On December 30th, Tamar revealed the arrest on social media and also claimed that Vince had gotten another woman pregnant. But despite her own serious accusations against her husband, in the past few days, Tamar has defended Vince against other claims he is physically abusive.

The two were recently spotted together at a party on New Year’s Eve and arrived together at LAX, along with their son. “Were a family,” they both said when questioned about the unexpected sighting.

Tamar denied she was back with Vince in an Instagram post on January 2nd. She wrote in part:

NOPE! Sorry! Not together but since the craziness the other day, we DID agree to create a better environment for my son!! Angry or not…it’s about my SON!!

P.s. we ALSO agreed not to speak on this anymore in public after this!

Vince denies getting another woman pregnant and Tamar apparently intends to move forward with the divorce she filed for in October.