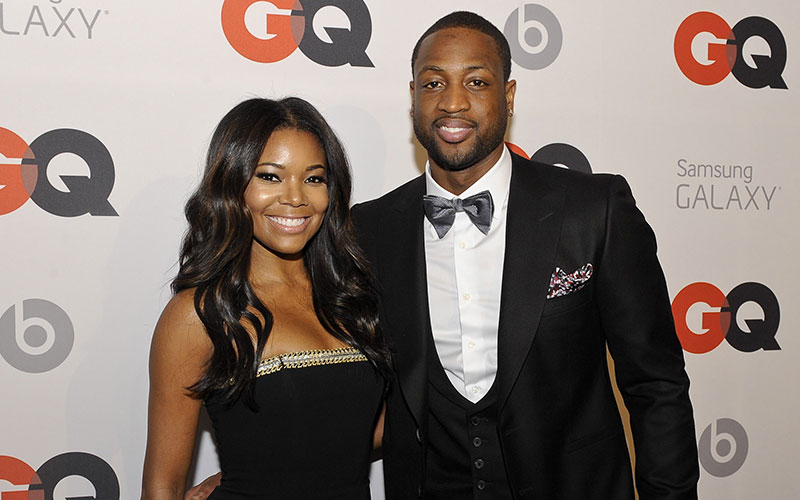 NBA wives are putting all of their baller hubbies’ business out on front street right now. Earlier this week, Ayesha Curry talked about how Steph Curry has a foot fetish, and now Gabrielle Union has implied that Dwyane Wade likes to get his ass eaten.

Gabby did an interview with Sway in the Morning earlier today to discuss her new book, We’re Going to Need More Wine, in which she talks about being sexually abused when she was younger. The book also delves into her sexual experiences, and she was far from shy while discussing the topic with Sway.

One of the stories Gabrielle talks about in her book is the first time she masturbated at the age of 5 years old when she humped her teddy bear. She also talks about being comfortable in her sexuality and having conversations with her friends about reciprocity when it comes to sexual gratification, and that’s when she basically hinted that D. Wade likes to get his salad tossed.

While she didn’t outright say Dwyane Wade likes getting his ass eaten, she did say that if her partner licks her butt, she’ll return the favor and lick his.

Upon hearing the news that D. Wade probably likes to get his booty licked, Twitter exploded with a bunch of hilarious jokes and reactions.

Ayesha curry “my man likes to suck my toes”

Gabrielle union “my man likes me to eat his ass”

If Lebron wife says something next I quit..

Ayesha Curry: "Maybe I revealed too much about my husband"

What Gabrielle Union mean when she text D Wade "that ass is grass" when you get home. pic.twitter.com/kQ6DpwyWcC

Gabrielle Union to D. Wade after every win pic.twitter.com/iMDHlIg8SR

Gabrielle Union eating manass is not the topic to start this lovely weekend. Nope.

Really didnt need to kick my weekend off with Gabrielle Union confessing to eating manbutt. Y'all could've saved that shit for a Tuesday,man

*Looks at why Gabrielle Union is trending* pic.twitter.com/OGRub2I3Mu

One could say Gabrielle Union….

….is with the shits. pic.twitter.com/24Kn3wJPok

Gabrielle Union when she see the hairy bootyhole pic.twitter.com/A3FtefdeCT

All that salad tossing didn't keep her from being cheated on