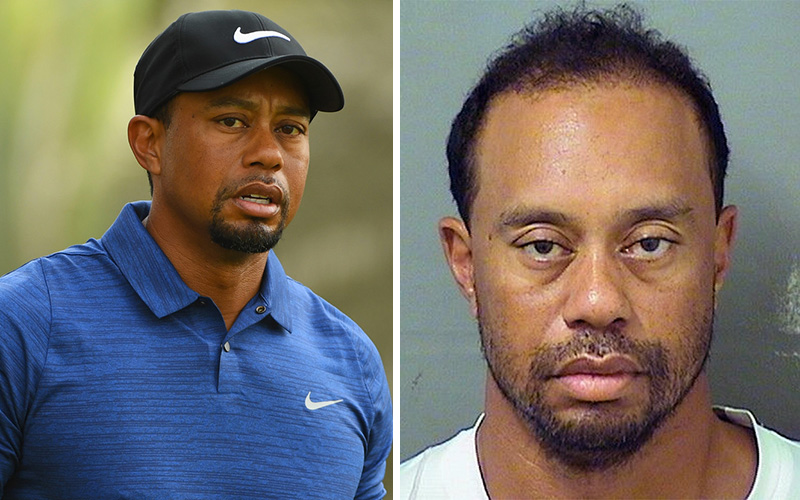 Details of Tiger Woods’ Memorial Day DUI arrest have emerged and according to the police report, the golf legend was NOT under the influence of alcohol as previously reported. However, he did fail a routine field sobriety test.

TMZ obtained the police report. According to the document, Jupiter, Florida police found Woods asleep at the wheel of his 2015 Mercedes at 2:03 a.m. on Monday (May 29) with the motor running, brake lights illuminated, and right blinker flashing. He was just 8 miles from his home.

Police say Woods “had extremely slow and slurred speech.” A disoriented Woods explained he was “coming from L.A. California from golfing,” but then admitted he didn’t know where he was.

He registered 0.000 on a Breathalyzer test, but failed other sobriety tests. He could not walk a straight line, was unable to stand on one leg and touch his nose, and when asked if he knew of the Romberg alphabet test, he responded, “yes, recite the national anthem backwards.”

Woods, who is recovering from an April back surgery, stated he takes several prescribed medications, including Solarex, Vicodin, and Torix. Vioxx was also listed, but hasn’t been taken in the last year.

Police noted the pro athlete was “cooperative as much as possible, very droopy, extremely sleepy, hard to keeps eyes open, [and] hard to walk.”

Woods was taken into police custody and cited for DUI and improper parking. There was no crash or damage to any property. He was released on his own recognizance with no bond a few hours later.

“I understand the severity of what I did and I take full responsibility for my actions.

“I want the public to know that alcohol was not involved. What happened was an unexpected reaction to prescribed medications. I didn’t realize the mix of medications had affected me so strongly.

“I would like to apologize with all my heart to my family, friends and the fans. I expect more from myself too. I will do everything in my power to ensure this never happens again.”

Woods is scheduled to make his first court appearance July 5.