GOSSIPONTHIS.COM Sports Pregnant Serena Williams Intends to Dominate Tennis in 2018, No Plans to... 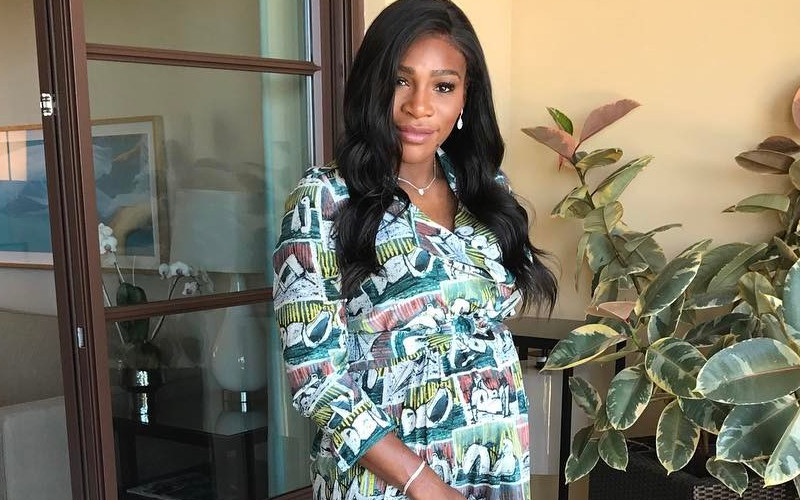 Maria Sharapova, Angelique Kerber, and every other female tennis player have roughly 8 months left to win all the tournaments and Grand Slams they can. A pregnant Serena Williams has no plans of retiring anytime soon.

At 35, Serena is the second oldest player in the top 75, just 15 months behind her sister Venus. Rumblings of a possible retirement naturally began when it was confirmed in April that the tennis legend is pregnant with her first child.

However, TMZ Sports caught up with Serena in New York on Tuesday (May 16) and she gave an emphatic “never!” when asked if she planned to put down the racket after giving birth.

Her rep also previously stated Serena plans to return to the WTA tour in 2018.

Despite not playing a tournament since January, as of this week, Serena is still ranked the No. 2 player in the world. She also broke Steffi Graf’s long-held open era record by winning her 23rd Grand Slam title. It’s also a safe bet that she wants to (at least) tie Margaret Court’s all-time Grand Slam record of 24, if not, surpass it as well.

It’s definitely a tough feat, but if anyone can come back post-baby and defy typical pro athlete ages, it’s the great Serena Williams.

Serena’s due date and the sex of her baby have yet to be revealed. However, she is expected to give birth sometime in the fall. She is engaged to Reddit co-founder, Alexis Ohanian and it’s the first child for both.