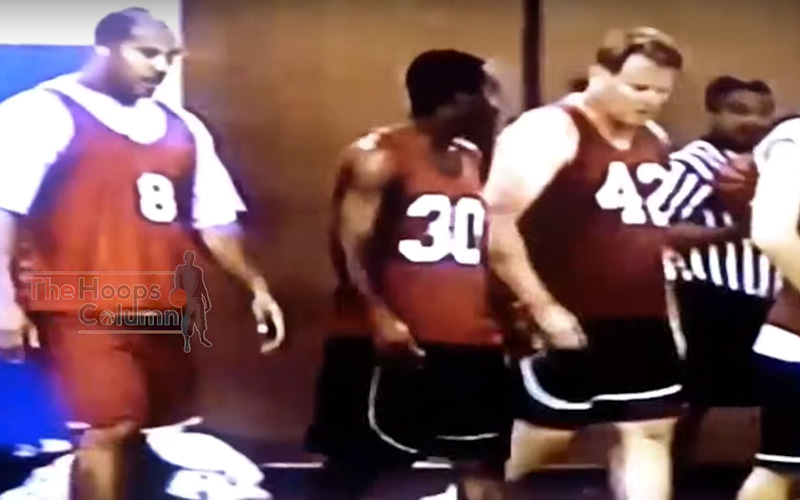 After UCLA got knocked out of the Big Dance by #2 Kentucky, I, along with a large number of other people I’m guessing, hoped that this would be the end of the LaVar Ball sideshow that we’ve been witnessing the past couple of months. At the very least, until the second little Ball-er started his college career.

Turns out that was nothing more than wishful thinking, because not long after the heartbreaking loss for the Bruins, it was announced that LaVar would be returning to ESPN’s First Take to try and recreate some of that television magic they had last week. And this time, he’d be bringing his son Lonzo himself with him.

The second appearance was far less entertaining than the first, and it was obvious this was more for LaVar and ESPN’s ratings than it was for Lonzo. This is a kid who just lost the biggest basketball game of his life, and now he has to go on national television and listen to his father run his mouth off and talk about him like he wasn’t even there.

Sure, maybe his children will have a tangential benefit, but when you watch Lonzo on First Take today, it’s clear he doesn’t want to be there. That’s why it’s especially sweet that a video of LaVar playing rec league basketball back in 2002 surfaced.

What you’re about to see is video of the “great” LaVar Ball. The man who claims to have never lost in one-on-one. The guy who argued on national television that he could’ve beat MJ in one-on-one. Ladies and gentlemen, her is LaVar ball … playing ball.

Ball, donning the red #8 jersey, gets off to a great start, winning the tip-off and following it up with an immediate turnover. Then there’s the amazing rebound attempt where he knocks the ball out of bounds on his own accord. But perhaps the most impressive display of his basketball prowess is the self-pass off the backboard that, you guessed it, results in a turnover.

Yes, that is the guy who is emphatically sure he could’ve beat Michael Jordan. In this 2002 highlight reel of amazingness, Ball was 34. In comparison, here is Jordan scoring 43 points at the age of 40.

So, please, once and for all, go away LaVar. You’re done here. 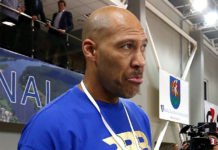 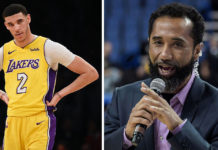