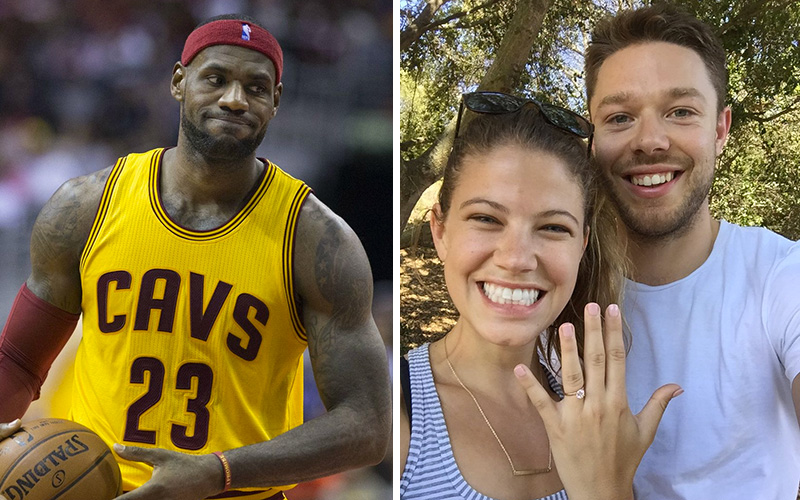 The NBA’s dirtiest player, Matthew Dellavedova, recently took to Twitter to announce his engagement to his girlfriend, Anna Schroeder. The adorable moment was captioned, “best teammate I’ll ever have.”

However, some Cleveland fans don’t agree with Delly’s statement. They started using the hashtag #MrsDelly to remind Dellavedova about his old teammate, LeBron James, citing him as Delly’s true “best teammate.”

yeah but she didn't bring you back from a 3-1 deficit, Lebron did that

So even though Delly plays for the Milwaukee Bucks now and is set to be married, he best not forget who his first besty was.