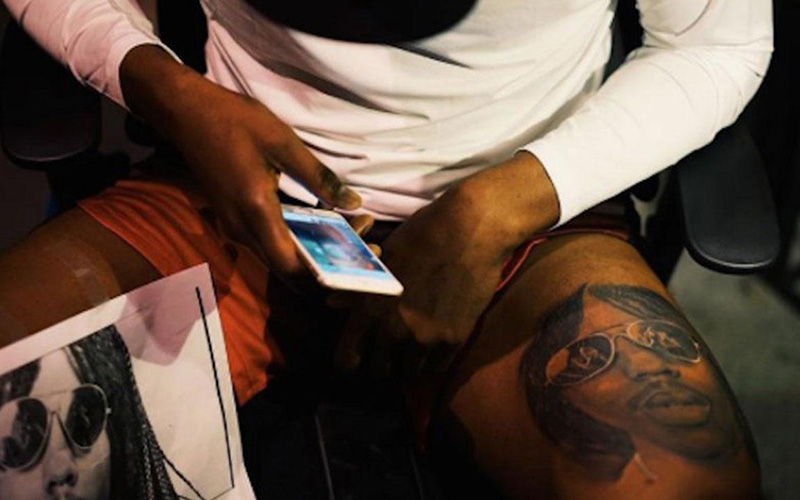 It looks like joining the Golden State Warriors isn’t the only major life decision Kevin Durant made during the offseason. A post on Twitter last week showed Kevin Durant rocking his latest tattoo: a huge portrait of Rick James on his thigh.

Kevin Durant apparently got a tattoo of Rick James on his thigh (via @stevewiebe's Instagram) pic.twitter.com/tV1V5fcdEa

And this isn’t the first musical artist Durant’s gotten tattooed on his leg this summer. Back in June, Durant showed off a picture of Tupac’s face on the side of his leg that he had recently gotten.

You starting to notice a theme here? Apparently Durant is giving up on his previous tattoo strategy and instead wants to pay homage to all of his favorite musicians. So anyone with access to Durant’s iPod hit me up. I want to know who’s going to be next.