GOSSIPONTHIS.COM Celebs Is Usher’s New Head Tattoo a Cry for Help, Attention or an... 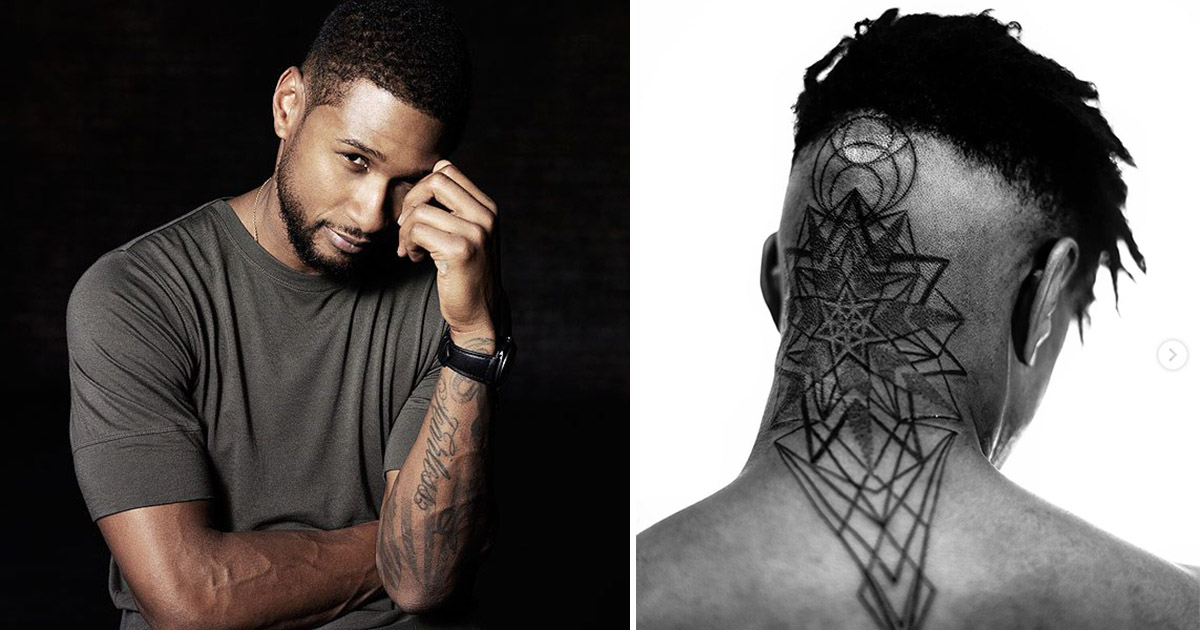 Aging is hard for most folks, but it’s especially hardest for those in the entertainment industry who achieved fame in their youth. Like Usher, who’s been singing and performing professionally since he was 16.

When so much of your fame and success is tied up in your youth, you can start to lose it a little when you realize that at 40, you’re no longer the baddest cat in the game.

This is especially earth-shattering when the realization of your age is coupled with personal and professional failures, which is a perfect recipe for a mid-life crisis.

I’m not a psychologist and I haven’t treated Usher personally, but after his last project A came and flopped without a sound and the highly publicized and embarrassing accusations that he had herpes and spread it to others, it’s not a surprise that Usher might be having one.

The latest sign that all is not well with our good friend, Ursha, who is 40 years old and the father of two boys, comes from the news that he got an aggressively large neck and head tattoo.

The tattoo artist shared Dillon Forte shared the images of his handiwork on Instagram:

I’m going to put aside the very obvious “That looks like Illuminati shit” observations that most folks will make.

Supposedly, these images, symbols and shapes are derived from Berber culture and have a deeper significance, but I’m not buying it.

I think Usher wanted to make himself “ugly” in response to the ugly things that he feels about himself on the inside.

And well, mission accomplished, I guess?

The good news is that if he gets sick of the tattoo, he can just let his hair grow back, which cover most of it up

But still, getting a drastic neck and head tattoo like this is a move that you do because you want to get people’s attention in a drastic and dramatic way, just like face tattoos.

Well, we’re all looking, Mr. Raymond. Is there something you’d like to tell us?

P.S. Even Baby aka Birdman admitted he overdid it with the face and head tattoos, so you might want to keep a tattoo removal artist on speed-dial for when you inevitably realize this tat was NOT the move.