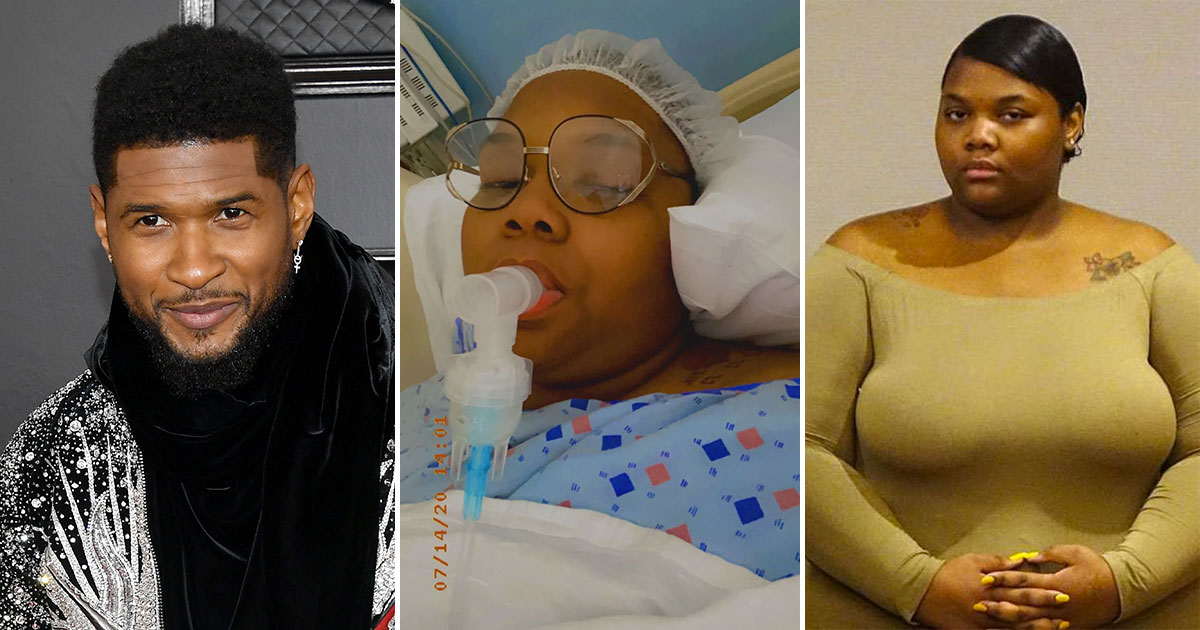 Quantasia Sharpton, who famously sued Usher back in 2017 for allegedly giving her herpes, is undergoing a massive weight loss transformation, The Blast reports.

Sharpton is reportedly down from 454 pounds after recently undergoing gastric sleeve surgery. The procedure was done by Dr. Theadore Hufford in Brooklyn, New York.

More via The Blast:

Dr. Hufford believes with the sleeve Quantasia can get her weight down to around 260 lbs. If she continues to lose weight he will complete a bypass surgery on Quantasia in 6 months, where she could get down to the 100’s.

We’re told Quantasia is already down 21 lbs. from the sleeve and is ready to keep going.

As The Blast previously reported, last year, Quantasia and two other people dismissed their legal battle against Usher.

Quantasia Sharpton, along with a Jane Doe and John Doe, sued the singer claiming they all had sexual relations with Usher. They all say he risked their health by not telling him about his alleged diagnosis and are seeking unspecified damages.

John Doe claimed he had sex with Usher at a Koreatown spa in Los Angeles. Throughout the case, Usher moved to dismiss all claims against him.

In December, Usher settled the final lawsuit relating to the Herpes allegations. He reached a deal with his insurance company to end their beef.

Back in 2017, New York Marine and General Insurance sued Usher and his company Fast Pace Inc. At the time, Usher was facing multiple lawsuit accusing him of exposing sexual partners to Herpes without disclosing the STD.

Aside from the Quantasia lawsuit, Usher faced a separate $20 million lawsuit brought by a woman named Laura Helm. The singer reached a confidential settlement with Laura to bring an end to her case.

Since the legal drama, Usher has been spotted around town with record exec Jennifer Goicoechea.