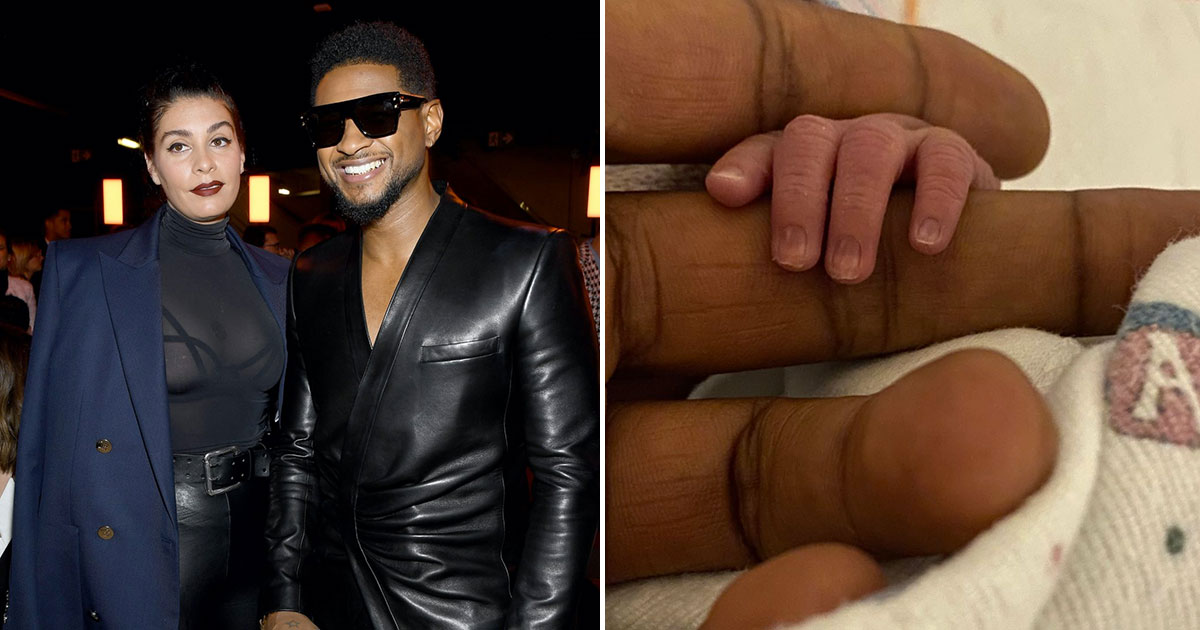 Usher is a daddy … again!

“We are feeling blessed and full of love with the arrival of our beautiful baby girl, Sovereign Bo Raymond,” Usher announced Wednesday afternoon (Sep. 30) on Instagram, sharing a photo of him holding his newborn daughter’s hand. “Isn’t She Lovely by Stevie Wonder on repeat [heart emojis].”

A source told People: “Usher and Jenn are overjoyed, and so is the whole family, including Sovereign’s big brothers. Everyone is so happy and excited.”

While Baby Sovereign is Usher and Jenn’s first child together, she is Usher’s third child and joins her big brothers, 12-year-old Usher V (aka Cinco) and 11-year-old Naviyd Ely, the singer’s sons with his ex-wife Tameka Foster.

Jenn’s pregnancy was first announced earlier this month via various tabloid magazines, with sources saying that Usher was “very excited to be a dad again” and the couple were “thrilled and every excited” about their upcoming new addition.

Usher later confirmed the baby news himself on Good Morning America while announcing his 2021 Las Vegas residency, saying that his older sons were “elated” and “excited” about their sibling on the way.

“Babies always bring such joy to a family and [I’m] really excited for my young one — well, my bean’s arrival,” he said.

Usher and Jenn Goicoechea, a record executive, first sparked dating rumors back in October 2019 when they were spotted together backstage at the Hollywood Bowl.

The new couple were also spotted partying together at Diddy’s 50th birthday party the following December, and Usher took Jenn as his date to the Vanity Fair Oscar Party in February 2020.

Congrats on the new baby!