GOSSIPONTHIS.COM Celebs Post Malone Says He Got All of His Face Tattoos Because He’s... 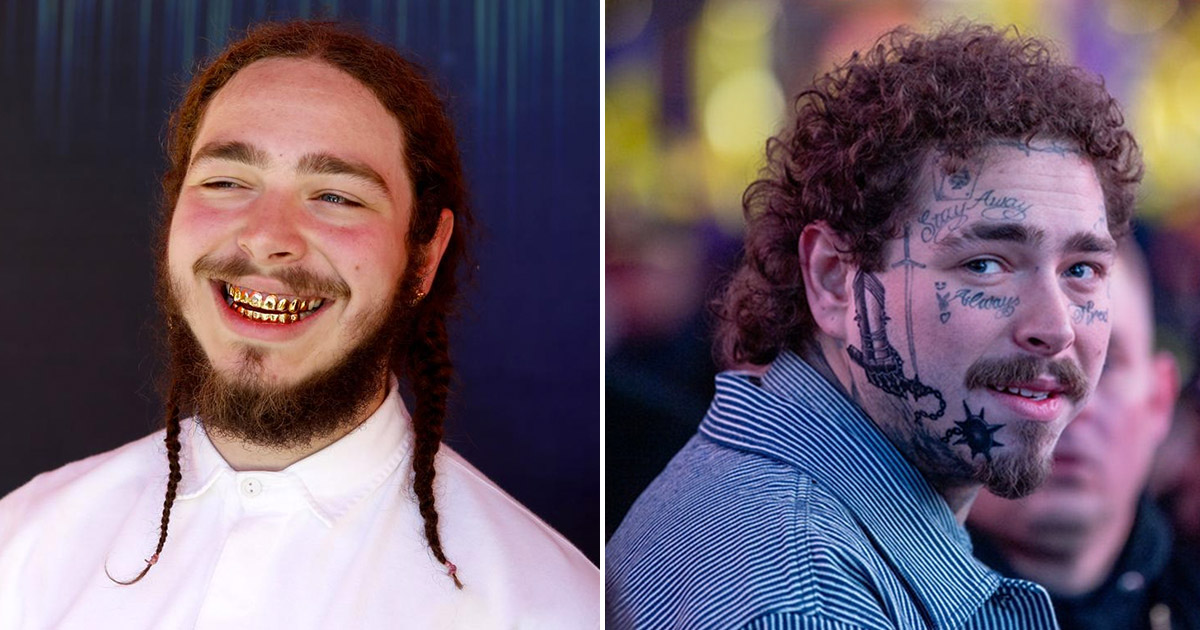 A trend among the new generation of singers and rappers is face tattoos.

While some may choose to get tatted in the most visible place on the body to look cool, Post Malone has revealed the deeper reason behind his many face tattoos.

In his GQ Style cover story released on Monday (Mar. 2), Post opened up about his struggles with insecurity and confidence.

“[The tattoos] maybe come from a place of insecurity, to where I don’t like how I look, so I’m going to put something cool on there so I can look at myself and say, ‘You look cool, kid,’ and have a modicum of self-confidence when it comes to my appearance.”

The singer has several tattoos on his face which include a bloody buzz saw, a knife, playing cards, tree branches, a heart, a Playboy bunny, and several words just to name a few.

The 24-year-old also openly talked about his mental health issues during adolescence which led to him drinking alcohol at a young age.

“Middle school, I would cry myself to sleep every f**kin’ day. High school, the same thing. I tried to drink some beers to get rid of that sh*t, but it just never goes away. And I don’t think that’s anybody’s fault; it has to do with something predisposed in you.”

He also reflected how he could have passed away at a young age like his music peers Mac Miller, Lil Peep, and Juice WRLD.

Post Malone plans to begin recording new music after wrapping up the current North American leg of his Runaway Tour.