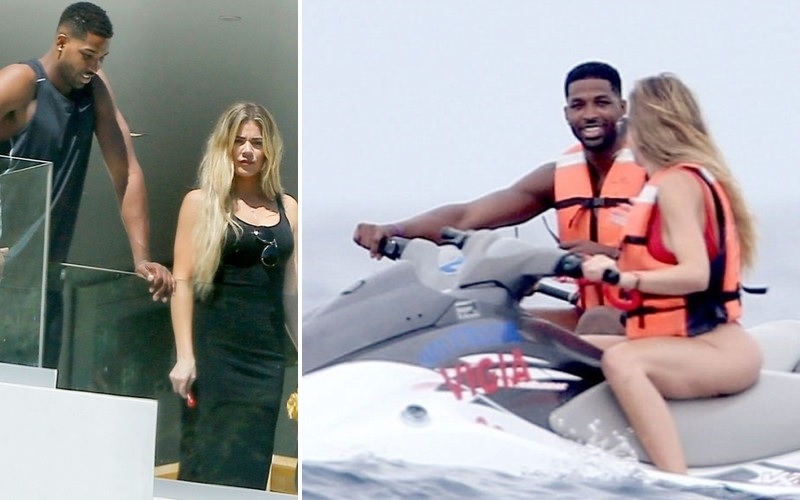 Khloe Kardashian is not giving up on finding love with a basketball player. Well, she at least likes hooking up with them. The reality star’s rumored new man is the Cleveland Cavaliers’ Tristan Thompson.

The two have been spotted together several times in recent weeks, including a Beverly Hills mansion and partying at LA’s popular Bootsy Bellows club. However, romance rumors went into overdrive as the two hopped on a private jet to Mexico for Labor Day weekend. A source tells People magazine the relationship is a “mini-thing.”

Kardashian filed for divorce for a second time from former NBA player Lamar Odom in May. She was linked to Houston Rocket James Harden last year.

“I guess. I mean, especially now that I’m athletic, I like athletes. I like to be active,” she told Howard Stern in January.

The youngest (female) Kardashian is getting it in whenever she can and I’m not even mad at it. After her tumultuous marriage with Lamar Odom, I think she’s not looking for anything serious and just having fun. This fling with Thompson will probably only last a few months, if that.