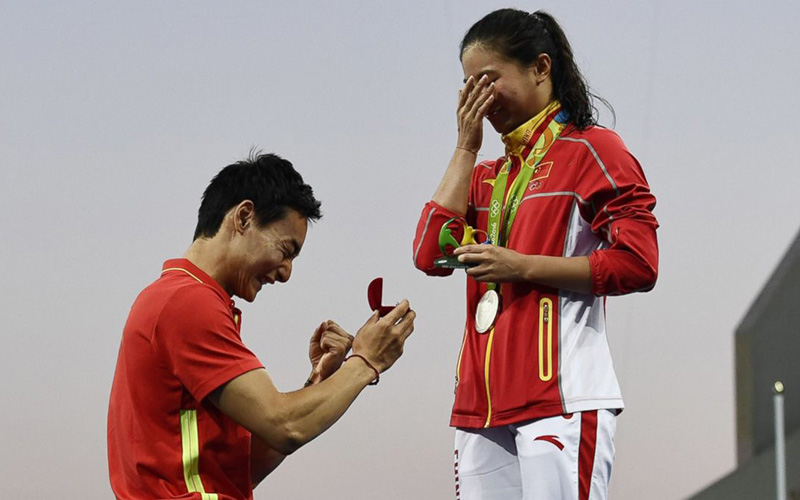 For any Olympian, the day you finally win a medal and get to stand on the podium in front of thousands of cheering fans is the best day of your life. It’s the culmination of a lifetime of hard work finally being recognized on the grandest stage there is. It’s tough to get much better than that.

But for Chinese Olympian He Zi, her day was only getting going when she received her silver medal in diving. Immediately after she received her medal, her boyfriend, another Chinese diver named Qin Kai, interrupted a photo op and fell to one knee.

That’s right, a silver medal wasn’t the only piece of bling Zi received. She also walked away with a brand new engagement ring. In a perfect, movie-esque moment, the two shared a hug after she said yes with the camera swirling around the two and fans in the stands cheering them on.

Talk about a good day.

And I just want to take a step back and say kudos to her now fiancé, Kai. Talk about balls. Sure, you’d like to think most guys who propose are confident their significant other will say yes, but to pop the question at the Olympics, in front of hundreds of fans and the world watching, well, that takes guts.

Luckily for both of them, the gambit paid off, and the two managed to score a free recording of the moment they got engaged.

It should be noted, however, that this isn’t the first proposal to happen thus far in Rio. A Brazilian women’s rugby player recently said yes when her longtime girlfriend popped the question following a match. To Zi and Kai, congratulations, both on the Olympic successes and the engagement. I can’t wait to see your child at the 2036 Olympic games. 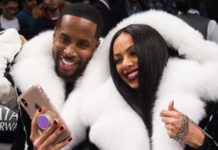