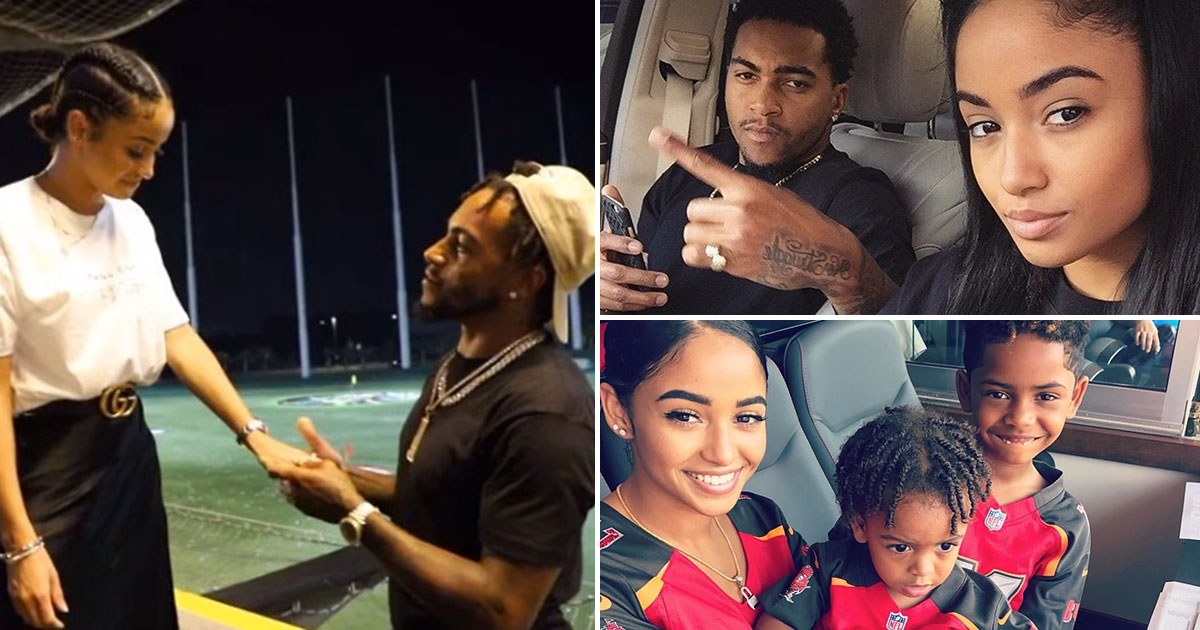 DeSean Jackson is kneeling … but for a VERY different reason.

The Philadelphia Eagles wide receiver just proposed to Instagram model Kayla Phillips, his longtime girlfriend and the mother of his sons, and she said yes!

“You guys are the first to know, I haven’t posted on social media or anything, but yeah, I’m getting married,” Phillips said in the clip as she showed off her engagement ring.

Jackson and Phillips met through social media back in 2014, and announced they were expecting their first child together, son DeSean Jackson Jr., in late 2015. Their second son, Jacey, was born three years later.

Kayla also has a third son, 5-year-old Tru, from her previous relationship with her high school boyfriend

Phillips boasts over 829K followers on IG, where she promotes her online business, Shop Kay Lovely.

Jackson, who is currently entering his 13th season in the NFL, was recently in the middle of a controversy when he posted anti-Semitic quotes attributed to Hitler back in June. He was fined for the incident and later apologized. He also accepted an invite from a 94-year-old Holocaust survivor to visit Auschwitz.

“I grew up in Los Angeles, and never really spent time with anyone from the Jewish community and didn’t know much about their history,” Jackson said during a Zoom call with Edward Mosberg, according to the Jerusalem Post. “This has been such a powerful experience for me to learn and educate myself.”