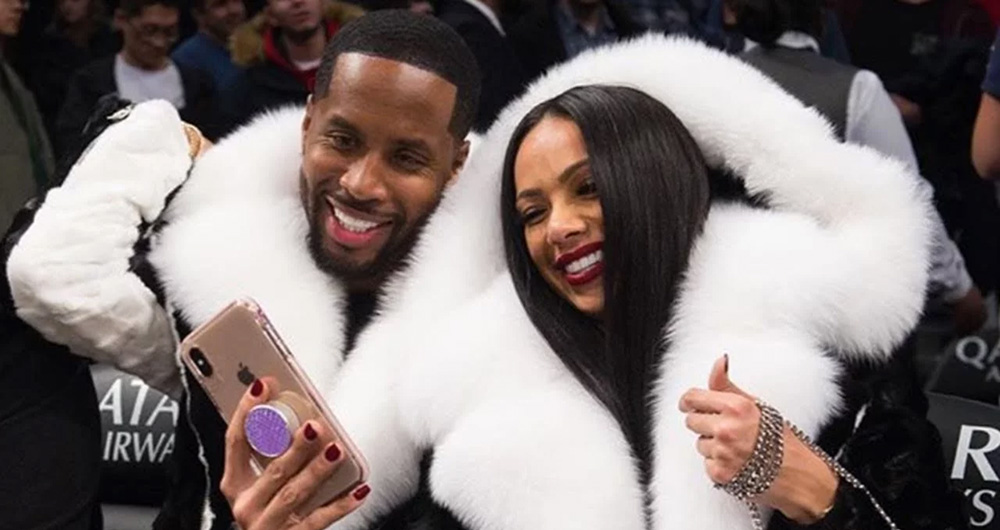 Safaree and Erica Mena are engaged!

The Love & Hip Hop star proposed to his new girlfriend and fellow LHH cast member at her home in Atlanta on Christmas Eve.

The couple only started dating a couple of months ago, but it looks like things are moving pretty fast.

A rep for Safaree told TMZ: “2019 is the year of new beginnings and it’s safe to say our guy Safaree stepped up and put a ring on it.”

According to the gossip site, Safaree presented Erica with a $175,000 engagement ring that features 14 carats in platinum and was personally designed by Safaree and Trax NYC.

As for how he set the proposal up, TMZ reports Safaree “pulled out all the stops”:

Our sources say Safaree surprised his girl with 20,000 rose petals surrounded by 200 candles before popping the question.

Safaree pulled out all the stops, because 112 was in the house singing “Cupid” and “Crazy Over You” in front of a full, live band in her living room!

After Erica said yes, a firework show started outside the house!

Video footage shared to Instagram shows Erica Mena crying after Safaree drops down to one knee and surprises her with a ring.

Back in August Safaree let his 200K+ Twitter followers know that he was about to buy an engagement ring in hopes of it bringing his “wife to be” into his life.

“Whoever she is will have the baddest rock a finger can hold!! I just wanna ice her up,” he tweeted at the time.

I'm seriously about to buy an engagement ring and pray that will bring the spirit of bringing my wife to be into my life!! Who ever she is will have the baddest rock a finger can hold?? I just wanna ice her up ??

Well, it looks like Safaree has found his wife. Congrats guys!