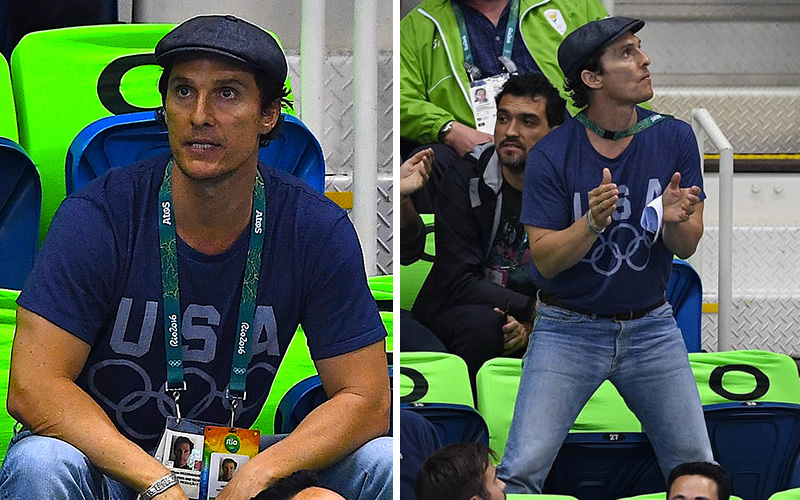 A glance around an Olympic venue’s bleachers will likely reveal a number of well-known fans. Just take last night’s swimming finals which were full of NBA stars watching Phelps and crew rack up the golds. But one celebrity super fan has been spotted and multiple events cheering on team USA thus far in Rio.

The Oscar award winner apparently has taken a break from filming his Lincoln commercials and has been seen everywhere at the 2016 Olympics in Rio, from the Rugby pitch to the pool.

Sporting the necessary Team USA shirt and enough credentials to seemingly get into Area 51, the star is definitely getting swept up in the spirit of competition. Being the good sport that he is (Puns!), McConaughey was nice enough to pose for pictures alongside members of the women’s rugby team.

When your friend @nicoletitmas and the USA Women's Rugby Team get to meet Matthew McConaughey ? #Dying ?? #America pic.twitter.com/y93z3zvGeV

It’s got to give the athletes a little extra boost seeing a perennial celeb like McConaughey cheering you on from the stands.