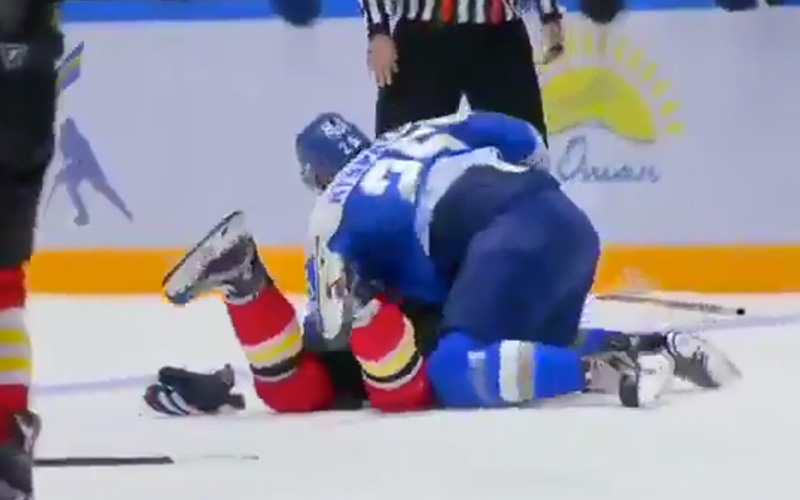 Hockey is this magical sport that combines elements of all of our favorite past times. It has the physicality of football, the teamwork of basketball, the scoring of soccer, and the fighting of boxing. All while players skate at high speeds on ice.

But a KHL player (that’s an international league consisting of 29 clubs) took the sport to a whole ‘nother level recently when he single-handedly decided he was going to challenge the entire opposing team to a fight.

A member of the Kazakhstan team, Damir Ryspayev, decided to go ham against the China-based Kunlun Red Star squad in a pre-season match.

This is the "brawl" that caused Barys/Kunlun to end after 3 minutes. Damir Ryspayev should be banned from hockey. pic.twitter.com/b6OpcuUf5i

He started by sucker-punching one player, then moved onto another, and then another, before finally ending up on the opposing team’s bench and punching the first player he saw.

The hot-headedness of the defensemen led to his coach pulling his team and forfeiting the match. The KHL announced Ryspayev has been suspended indefinitely and additional punishments are forthcoming.

Fights are one thing that separates hockey from most other sports where the act is, to say the least, frowned upon, but Ryspayev took it to a whole ‘nother level. To me, it seems like this guy should take the skates off and get himself into the octagon where it seems he’d be more comfortable.