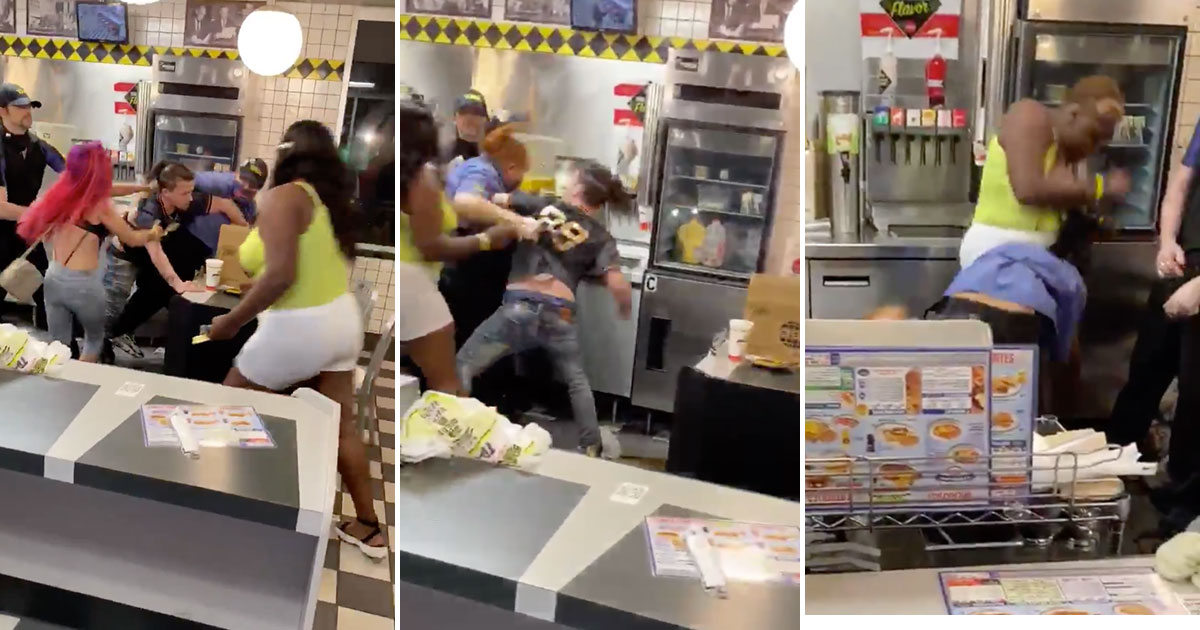 A violent brawl broke out at a Waffle House between staff members and customers over a confiscated cell phone … and the whole thing was captured on video that has since gone viral.

The fight shared on Twitter over the weekend showed a group of irate customers demanding staffers return a cell phone they were apparently holding behind the counter.

A man was then heard yelling: “Can I please get my goddamn phone? Somebody?” before he goes behind the counter in an apparent attempt to retrieve the device.

The guy is then restrained by two employees, but he repeatedly throws punches at one of the staffers.

Soon after, the other members of the man’s group join in, sparking a massive brawl between the Waffle House employees and the customers.

At one point, while one of the women in the group tries to wrestle the phone out of an employee’s hands, she gets her wig knocked off and her top is pulled down, exposing both of her breasts.

As the woman continues to strong-arm the Waffle House staffer, she says: “We gotta go! We’ve got coke, give us our phone! Get off me whore!”

It’s unclear why the Waffle House employees were holding the phone from the customers, nor is it clear where the incident took place, though some users on social media commented that it happened in Clarksville, Tennessee.

“You can always count on Waffle House,” wrote the Twitter user who shared the footage, which had nearly 3 million views as of Sunday afternoon (Sep. 20).