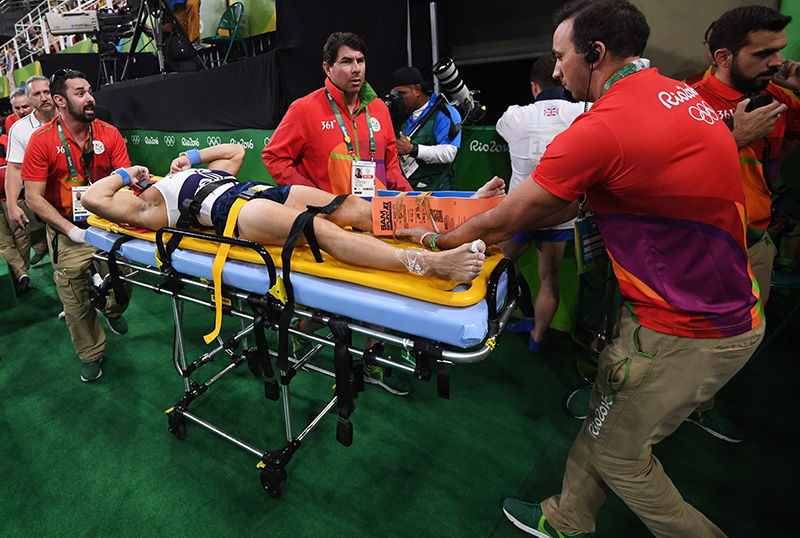 French gymnast Samir Ait Said’s Olympic run ended in gruesome fashion Saturday. During the men’s team qualifications, the 26-year-old attempted a double back flip on the vault but ended up breaking his leg like a twig on the landing.

Apparently, the bones made a loud cracking noise that could be heard throughout the venue. As he lay on the ground, Said grabbed his knee and saw his leg flop around, clearly broken. Spectators averted their eyes and teammates buried their heads upon seeing the break.

Stay strong @samiraitsaid1. We have you in our thoughts and wish you a speedy recovery. Lots of love from the Rio 2016 team ?

Warning, the video below is graphic and should not be watched by the squeamish.

The French team’s leader, Corrine Moustard-Callon told reporters “it is very difficult for the team.” She added, “He was one of the friendliest on the team which is very difficult – he came to win a medal and gave everything, 200 percent.”

To make matters even worse, Olympic officials apparently dropped his stretcher while loading him into the ambulance, adding a little more insult to an already bad injury.

Said has had bad luck with the vault. He missed the 2012 Olympics after previously suffering a fractured right leg during the European Championships.