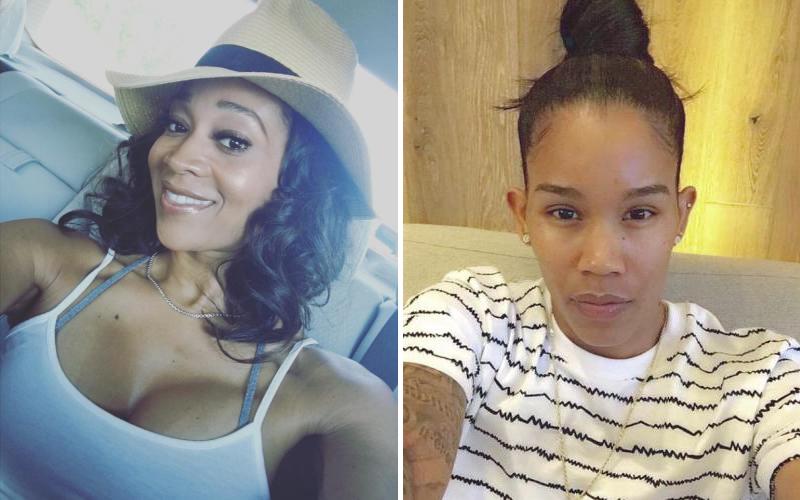 Mimi’s got a new girl!

Shortly before the Season 5 finale of Love & Hip Hop Atlanta, Mimi Faust revealed she was in a relationship with another woman. However, the person was not featured on the show nor did Faust reveal her identity. We may now have a clue as to who the mystery woman is thanks to an Instagram post.

Faust recently posted a photo with WNBA star Tamera Young. The Chicago Sky star player is openly gay and seems to be very happy with Faust in the background. For an unknown reason, Faust has deleted the post. Although the pic caused rumors to swirl, apparently the two have been dating for a while. The alleged couple met reportedly met when Young made an appearance on Faust’s ex’s spin-off show, Stevie J & Joseline. However, they had to keep a low profile because Faust’s storyline on LHHATL involved another woman.

Faust shocked audiences during the most recent LHHATL season by revealing she was dating a woman, Chris Gould. They broke up by the end of the season.

I initially believed Faust’s storyline regarding her sexuality was another one of Mona Scott Young’s ploys for the sake of the show. Faust also refused to state that she was gay or bisexual, opting to say “I like people. I like personalities and I’m attracted to who I’m attracted to.” This further fueled my suspicious Faust’s newfound lesbianism was fake.

However, I stand corrected on my original thoughts if this relationship with Young is for real. Neither have actually confirmed the relationship, but pay close attention to their social media accounts just in case more photos pops up.