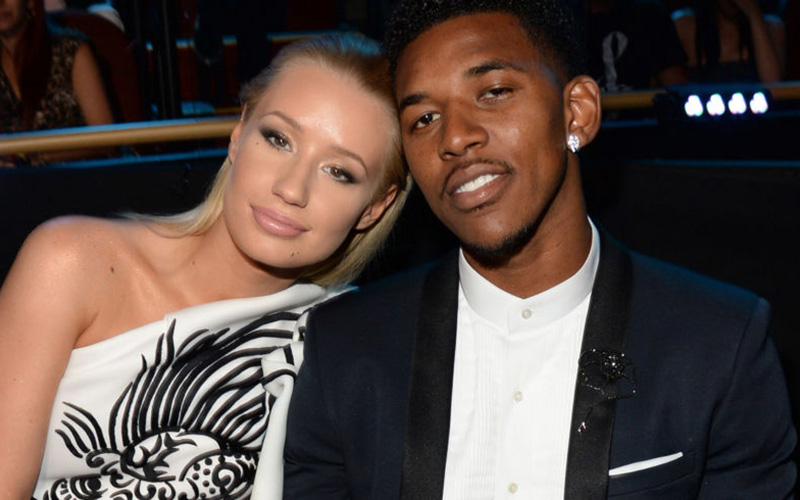 Grab a tissue everyone: one of Hollywood’s hottest couple’s and everybody’s ultimate #RelationshipGoals has (*takes deep breath*) broken up. Iggy Azalea and Nick Young have called it quits!

After nearly three years of dating and one year since announcing that they were engaged, the rapper and NBA player both confirmed they called off their engagement and parted ways on Sunday (Jun 19). The reason? Iggy Azalea got trust issues, and Nick Young just refuses to be faithful.

But didn’t we all see this coming? Signs of trouble were first noted back in March when Young seemed to admit to cheating on Azalea in a leaked video. To make matters worse, the video was secretly recorded by Young’s Lakers teammate, D’Angelo Russell.

The couple attempted to move forward. Though she did joke she would cut off Young’s penis off if he cheated again, Azalea stated the couple was working things out. She even recently told Ryan Seacrest that she was still in the process of planning her wedding.

All fairy tales must end somehow, though. Young’s birthday card to his fiancé made it pretty clear the relationship was going south. However, Azalea wasn’t too bothered as she spent her birthday (Jun 7) with friends on a vacation.

Though I’m not a fan of either, the inevitable break up could be the best move for both of them. Young can fully focus on his NBA career and Azalea really needs to put all her energy on doing whatever she does.

2015 saw a dramatic downfall for 2014’s biggest breakout star. Her tour was cancelled and a planned album was pushed back. Her second album Digital Distortion will be released Jun 24 with a tour to follow. With relationship drama behind her and for her career’s sake, the rapper can at least try to recapture some of that 2014 success.