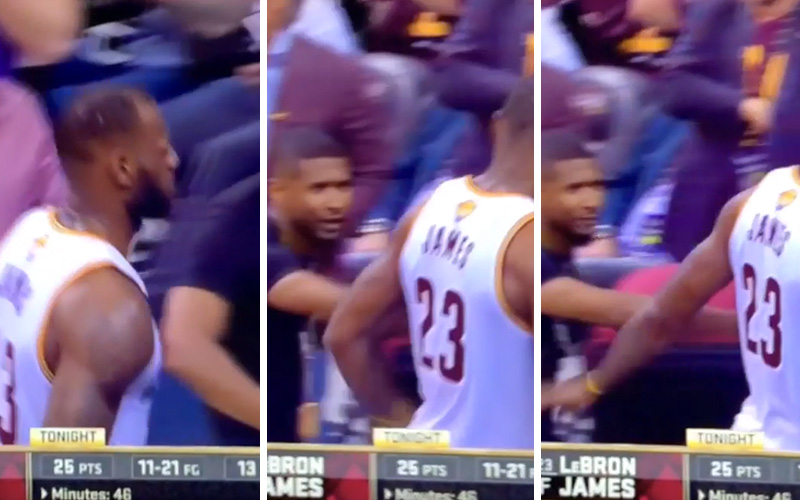 Following the Cleveland Cavaliers’ devastating 97 to 108 loss against the Golden State Warriors Friday night (Jun 10) in Game 4 of the 2016 NBA Finals, the team’s star player LeBron James was not in a good mood.

When the Cavaliers beat Golden State by 30 points Wednesday night (Jun 8) in Game 3, LBJ was sure he would win Game 4, tying up the series 2-2. But … that didn’t happen. And homeboy was mad, real mad, Joe Jackson.

LeBron was so mad that he totally blew off R&B superstar Usher (who just so happens to be a minority owner of the team) when he tried to dap him up after what could possibly be the last home game.

Talk about a sore loser!

#LebronJames Usher turned into a thirsty groupie trying to get chose by Lebron. Lebron is like watch out. #RatchetU pic.twitter.com/3PZHWSa9ZU

You won’t win a ring with that type of attitude, Bron-Bron. Hell, you’re not gonna win a ring this year anyway, but you can at least be a good sport about it.

Game 5, which will be the final game if the Warriors win, is Sunday night (Jun 12) in Oakland.