GOSSIPONTHIS.COM Sports LeBron James and Steph Curry Get Into Heated Argument in Game 4... 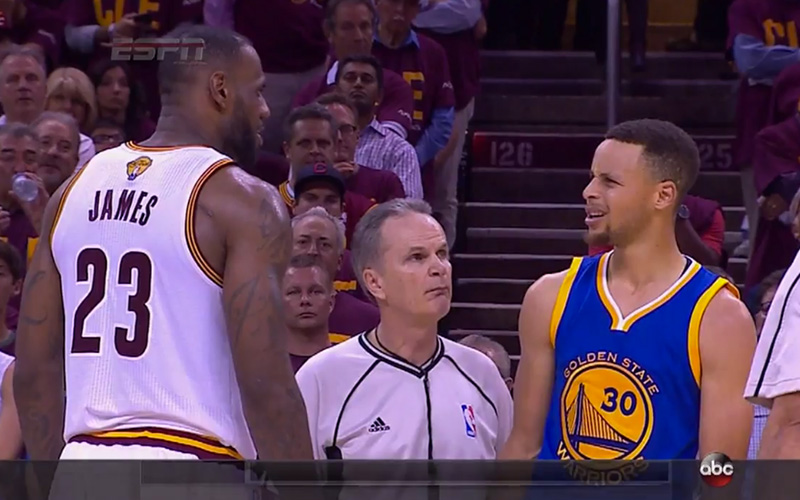 Draymond Green wasn’t the Golden State Warriors player LeBron James had an issue with Friday night (Jun 10) in Game 4 of the 2016 NBA Finals.

Near the end of the game’s fourth quarter, not too long after Bron-Bron’s little altercation with Draymond Green, the Cleveland Cavaliers star got into a heated exchange of words with the Warriors’ star player Steph Curry.

LeBron was physical with Curry as he tried to deny him the ball, which led to Curry talking to the officials about the contact. LeBron and Steph then stood face-to-face and exchanged some words and some perturbed facial expressions.

The best part of this entire video is official Mike Callahan going back and forth as he looked at both players during the exchange.

Game 5 goes down Monday night (Jun 13) in Oakland. Golden State is up 3-1. One more win and the Warriors will have their second championship in a row. The Cavs will have to win the next three games in row to pull off a championship, which is possible … but highly unlikely.