GOSSIPONTHIS.COM Sports Steph and LeBron Couldn’t Control Their Emotions on the Bench During Game... 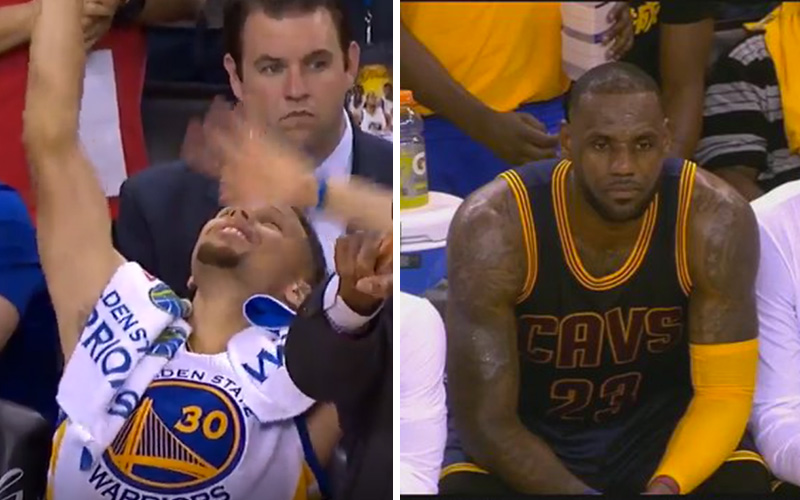 Last night’s 110-77 Warriors victory was a rout in the truest sense of the word. Two games in, and LeBron James’ hope of bringing his title-hungry hometown a championship is growing slimmer and slimmer. Maybe the home court advantage will bolster their play and make the games at least somewhat competitive, but with the entire Warriors team playing well, it isn’t looking good.

And while LeBron and the Cavaliers languish in the offensive onslaught of Golden State, Steph Curry and squad are having the time of their lives as they cruise to back-to-back ‘ships. Apparently, winning is a lot more fun than losing as evidenced by the reactions of the sport’s two biggest stars.

Barring some big changes on the Cavaliers part, I think it’s safe to say we’re in for some more over the top celebrations from Steph and crew over the next week.