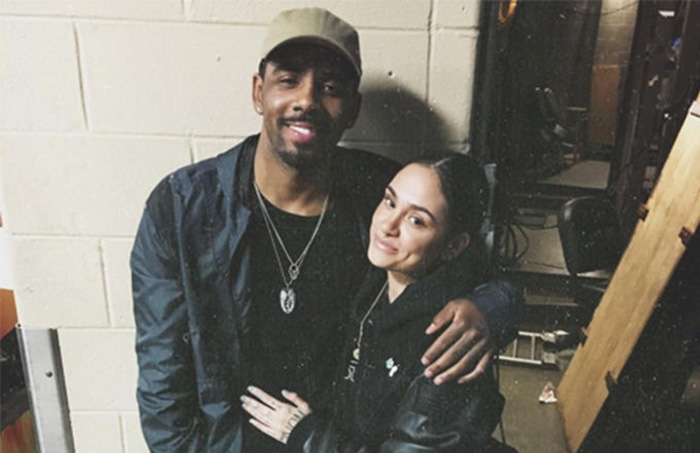 Kyrie Irving has finally spoken out on his former girlfriend Kehlani attempting suicide over rumors that she cheated on him with her ex boyfriend, OVO artist PARTYNEXTDOOR.

In a series of tweets that have since been deleted, Kyrie blasted PND and also confirmed that he and Kehlani are no longer together.

“It’s been hard to see what’s been going on and not address the truth. I do not justify the picture or what dude did to try and spark all of this non sense that could have been avoided, but me and Kehlani were not dating when the picture came out. It’s unfortunate that it’s received so much attention but its become bigger because of a post that was misunderstood. Nothing but love and compassion over this way for her and her family. My only focus the Game I love to play every night.”

As we reported, Kehlani tried to take her own life Monday (Mar 28) after her ex PND posted a photo of them in bed together on Instagram, causing the Internet to speculate that she was cheating on Kyrie.

Kehlani and Kyrie had been dating as of January, and just last month they appeared to be a happy couple on Instagram.

Since being hospitalized Monday evening, Kehlani has assured fans that she is doing well and also clapped back at those who said her suicide attempt was for attention. She also professed her love for her ex PARTYNEXTDOOR and thanked him for saving her life.

Kehlani is now reportedly out of the hospital and recovering at home.

YG Reportedly Caught Kissing a Woman Who is NOT Kehlani Outside L.A. Nightclub