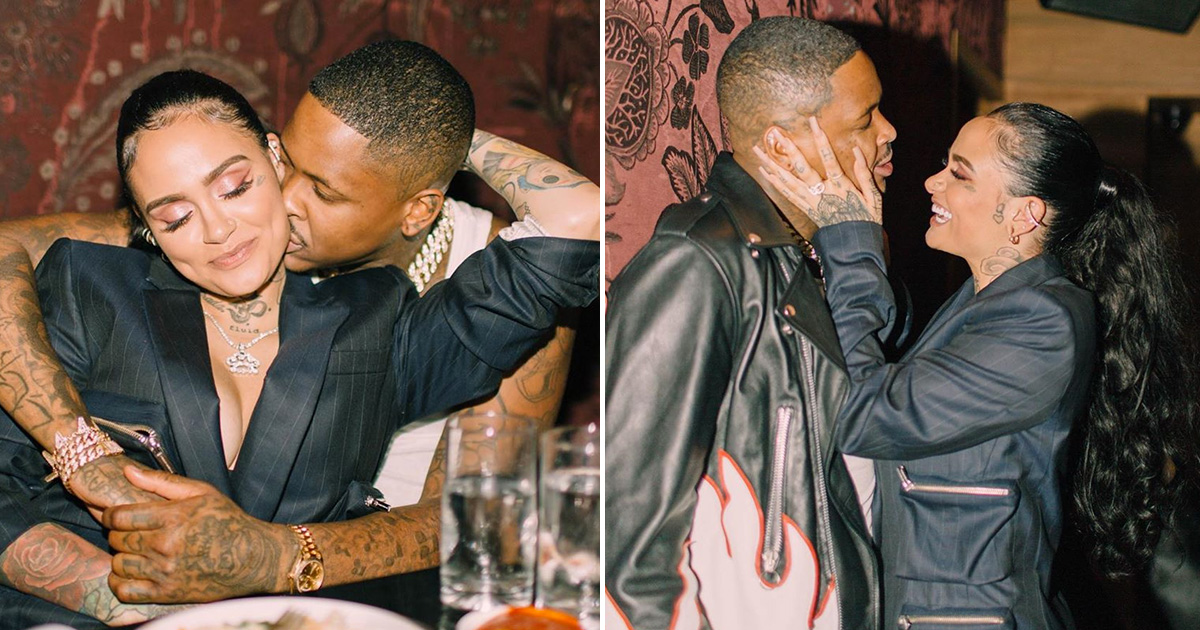 Kehlani and YG are officially dating, and they’re ready to tell the world all about it!

The pair made what’s being called their first public appearance as a couple Thursday night (Sep. 5) at a New York Fashion Week event.

It was the first time they’ve been seen together since romance rumors began to swirl, so naturally, paparazzi asked if this meant they were “official,” to which Kehlani slyly responded: “Mhmmm.”

They were later captured by photographers leaving the event while holding hands. And if that wasn’t confirmation enough, Kehlani followed up with a post on Instagram to show it’s real.

“Cats out the bag,” she captioned a photo gallery of her and YG, with one picture showing the rapper with his arms wrapped around her and kissing her on the cheek.

The timing of Kehlani and YG’s romance is interesting, considering the fact that they both recently had babies.

YG’s baby mama Catelyn Sparks just gave birth to their second baby girl back in July. And Kehlani—who identifies as bisexual—became a first-time mother back in March after also welcoming a baby girl with her former partner, musician Javie Young-White, who is also bisexual.